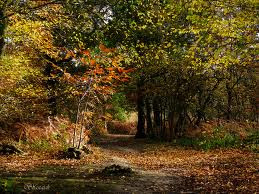 "Thanksgiving has wings and goes where it must go. Your prayer knows much more about it than you do."
(Victor Hugo)

American writer and pastor Henry Van Dyke noted:"Gratitude is the inward feeling of kindness received. Thankfulness is the natural impulse to express that feeling. Thanksgiving is the following of that impulse." A couple of days ago, on Thursday 22nd November, the United States of America and some other parts of the world celebrated Thanksgiving Day. This day has been an annual holiday in the United States since 1863, traditionally on the fourth Thursday in November; my friends in Canada give Thanks on the second Monday in October.
Many people trace the origins of the modern Thanksgiving Day to the Pilgrim Fathers' harvest celebrations in Plymouth, Massachusetts, in 1621. However, their first true "thanksgiving" was probably in 1623, when they celebrated the downpour that ended a long drought. The earliest Thanksgiving Day celebrations were actually special church services rather than the extended family feasts of today. Later in the 1600s, annual public displays of thanksgiving after harvesting became more common, held on different days across various states: George Washington, the first president of the United States, proclaimed the first national Thanksgiving Day in 1789. In truth, not everyone sees Thanksgiving Day as a cause for celebration: American Indian Heritage Day is also observed around the same time, and recent years have seen Native Americans and their supporters staging protests in Plymouth on Thanksgiving Day, as part of their National Day of Mourning.

"Oh Lord, that lends me life, lend me a heart replete with thankfulness! "
(Shakespeare's Henry VI)


Thanksgiving has historical roots in religious traditions, but is now generally celebrated in a more secular manner. Prayers of gratitude and special thanksgiving ceremonies have been common to nearly all religions and cultures after harvests and at times of deliverance. The modern celebration still holds aspects of a harvest festival, even though the harvest in New England occurs earlier than late November when the holiday is celebrated now. The history of Thanksgiving in North America is heavily rooted in English traditions dating from the Protestant Reformation. Reforms in 1536 reduced the vast number of church holidays ("holy days") down to twenty seven a year; some Puritans wanted to completely eliminate all church holidays, even Christmas and Easter. The holidays would be replaced by Days of Fasting and Days of Thanksgiving, in response to natural and national events that the Puritans viewed as acts of providence. Days of Fasting were called on account of drought, flooding and plague. A Day of Thanksgiving was called following the victory over the Spanish Armada in 1588; and an annual Day of Thanksgiving began in 1606 following the failure of the Gunpowder Plot, evolving into Guy Fawkes Day and Bonfire Night. 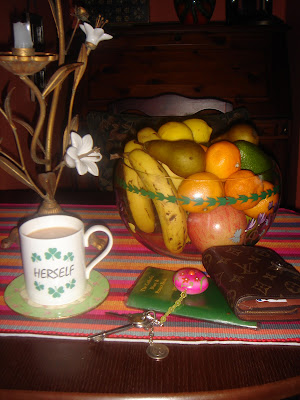 "We give You thanks
for the fruits of the earth in their season
and for the labours of those who harvest them."
(from The Book of Common Prayer)

I've always loved the idea of the Thanksgiving celebrations and wish that something was made of the day in these islands. Much as I look forward to Christmas and fully embrace both the reverence and the sentimentality, I don't like the commercialism that starts way back in October. The tinsel trees were in stock along the High Street this year before the pear tree in my back garden had even thought about turning or shedding her own leaves. Aside from the traditional feasting, the emphasis at Thanksgiving is gathering with family and friends. Thanksgiving is the busiest time of the year for travel in the States, with people covering long distances by car, train and plane to spend time with loved ones; to be "home". Presence, rather than presents.
The traditional feast is a slap-up one, featuring personal favourites of mine such as sweet potatoes, cranberry sauce, pecan and pumpkin pies. Regrettably for me, a turkey will usually feature heavily (literally) in the menu. Today's stuffing and mashed potatoes may be a distant call from the harvest baskets of the Pilgrims, but many families still encourage guests to bring fruit and homemade tit-bits along. Even if you don't arrive with a couple of bottles of white or a six-pack of light, everyone can still bring something to the table: themselves.
Thanksgiving is also seen as a natural time to help others: canned food drives and food and night shelters are traditionally inundated with volunteers and donations. Each year, the US President "pardons" a White House turkey, delivering it from the dinner platter to the rest of it's natural life lived out on farmland. How wondrous would it be if every year each nation or culture could fully pardon one grudge, one breach, possibly one perceived natural enmity?
When I was at school, a wonderful, obviously aged but somehow ageless nun called Sister Columba told me what to do if I was too tired to say prayers at the end of the day. She told me it would be just enough to say Thank You that I am still around to say it. Over the years, my own commuted prayer in times of weariness and often thankfulness has simply been "Thank You for loving me", which seems to me to be what Thanksgiving is all about.

"Thanksgiving"
"For each new morning with its light,
For rest and shelter of the night,
For health and food,
For love and friends,
For everything Thy goodness sends."
(Ralph Waldo Emerson) 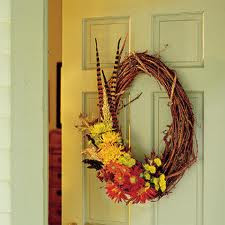