The force of Nature 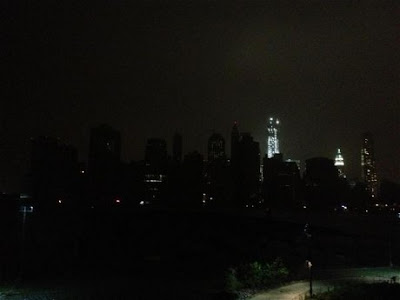 After bleating on about my own Internet speeds (or lack of), how sobering to see the lights go out around the "City That Never Sleeps": I find these pictures of a blackened out New York and a Brooklyn underwater both extraordinary and chilling.

The force of nature, undeniably awesome, is also relentless and unstoppable: and totally dismissive of even the buzziest and most up-tempo cities on earth. The race to capture or hold onto the US presidency is swept to one side and Manhattan's financial stronghold is swamped and shuttered in the wake of a so-called "superstorm", incongruously named Sandy."First world"countries can sometimes seem complacent when natural disasters recur in areas that appear socially unprepared and geographically vulnerable: does it feel more uncomfortable to see the prosperous modern fortresses brought to standstill and beyond?
Hundreds of thousands of people were evacuated from low-lying areas along the US eastern seaboard; an estimated eight million people are without power. Fifty deaths have now been confirmed across nine states and Canada.
I have friends in the United States and Canada; I pray that they and any of their loved ones who may be on the eastern coasts are safe and sound; I include also the treasured readers of this little blog from both countries. God bless x 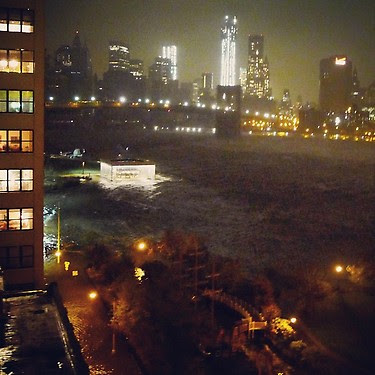 "Let us resolve that we will not leave our children a world where the oceans rise and famine spreads and terrible storms devastate our lands."
(Barack Obama)