The things my mother told me...

"May the nourishment of the earth be yours,
May the clarity of light be yours,
May the fluency of the ocean be yours,
May the protection of the ancestors be yours.
And so may a slow
Wind work these words
Of love around you,
An invisible cloak
To mind your life."
(From "Beannacht - For Josie", by John O'Donohue) 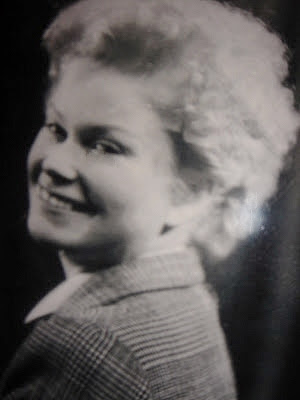 Things My Mother Told Me
Never let the sun set on an argument.
Never take your health for granted.
What's meant for you will surely not go past you.
That her marriage to my Dad was made in Heaven; or at the very least, the wedding license was filed there.
That I would never have much money, but that needn't mean I would ever be poor.
Money puts a price on happiness but still can't buy it.
Always accept an apology. It makes it easier to offer one.
God does indeed move in mysterious ways: why wouldn't He; He's God?
Irish people know how to laugh at themselves, which has encouraged the English to make Irish jokes because they haven't yet learned to laugh at themselves.
If you believe you're right, stand up and fight for your opinion, until you're knocked down; then, sit down and carry on shouting.
Men who mock women for being virgins, or chaste or celibate, are not fit for love-making.
You should marry for love and work for money, not the other way round.
That her lack of culinary skills hadn't affected her raising a family: she simply married a man who loved cooking and had one daughter who loved the preparing and eating of food and another who liked to eat out.
You can wear tartan with floral, polka dots with stripes; as long as none of it is wearing you.
You can paint your face but not a smile on it.
Real class has nothing to do with where you are on any social scale.
That talking to my plants would help me as much as them.
Irish people are born to laugh and cry; sometimes, both at the same time.
That I should've married Bruce Springsteen.
Always keep a clean house: you don't want burglars thinking you're slovenly.
Always wear good underwear, in case you get knocked down or have to climb up something.
That I had her mother's gift of "knowing" things for others but would always be shortsighted about my own life.
Anyone with a semblance of decency surely has an Irish or Scottish grandmother tucked away somewhere.
Don't worry if people talk about you: at least you've been noticed.
That all the Christian denominations quite like the idea of being Catholic.
That I would grow more like her and my Dad as I grow older; that it would become my greatest comfort.
That she would die on a Sunday morning.
That I would miss her every day of my life. 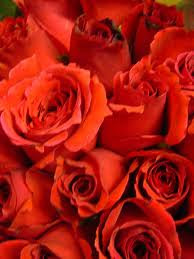 "Josie Kelly"
Where have you gone Mum?
Not at the end of the 'phone,
nor waiting in my sister's car
or scowling in the hated chair.
My mirror reflects a pale ache of you,
but you are there at the corners of my mouth,
stretching my shy smile to a farm-girl grin.
You are in the cussedness of my fringe,
in my eagerness to laugh and in the easiness of my tears.
You are in the rising of my temper and the dropping
of all wrongs before bedtime.
You are in the tapping of my feet,
from Springsteen to Sean South of Garryowen.
You are in my green fingers,
my need to nurture seeds and pips, twigs and stones.
You are the way of grace in me,
and in my knack for falling off kerbs while standing still
and eyeing up a mountain.
You are in my constant boiling of the kettle, my cake kept for strangers,
my sweeping of the stairs for critical burglars.
You are in my lust for red shoes and handbags,
in the miraculous medals in my purse;
in my calling on the saints
for lost rings, people and battles.
You are in my recollections of an Ireland I never knew;
you are in my love for my father and his faith,
and for your own mother's telling of the unknown.
You are the gossamer that binds me and my sister
beyond all differences of time, place or opinion.
You and my father are in my veins like whiskey and syrup:
more than any DNA,
you are at the core of me.
You are the skip in the heartbeat of all those who may come to love me;
and you are in the echo of me,
as I am in your footsteps.
Where have you gone Mum?
Wherever I am going.
Gigi