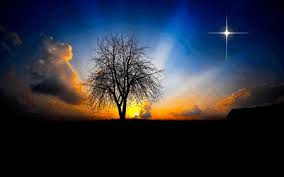 "Without the quest, there can be no epiphany."
(Constantine E. Scaros)


The red king
Came to a great water. He said,
Here the journey ends.
No keel or skipper on this shore.
The yellow king
Halted under a hill. He said,
Turn the camels round.
Beyond, ice summits only.
The black king
Knocked on a city gate. He said,
All roads stop here.
These are gravestones, no inn.
The three kings
Met under a dry star.
There, at midnight,
The star began its singing.
The three kings
Suffered salt, snow, skulls.
They suffered the silence
Before the first word.
(George Mackay-Brown) 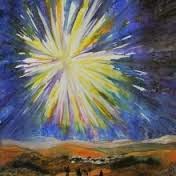 I've always liked the sound of the word "Epiphany". I probably use it far too often, way out of context and largely inappropriately. I also know some very charming and articulate atheists who enthuse about their "epiphanies" and "road to Damascus" moments.
The Christmas story tells us that wise men and uneducated shepherds alike followed an uncharted and unusually bright star as a celestial augury; many might find this naïve in these times of out-of-this-world technologies such as space telescopes and particle physics. We've witnessed eclipses of the moon and sun, the appearance of "new" stars and planets, asteroid storms and catastrophically extreme weather; the latter, all too prevalent in our Christmas and New Year news. Sometimes jaded about disasters in the Great Elsewhere, we call it misfortune closer to Home.
When I was little, someone told me the sun was the morning star. Far from being scientifically correct, it seemed very comforting. It still does, even after discovering the joys of the late lamented Sir Patrick Moore, Professor Brian Cox and of course Doctor Who. Our solace in familiarity and continuity evolves from childhood fears: the moon lights the night and the sun will be there to greet us in the morning.
Maybe we're so keen to establish continuity, order and control, unravelling the mysteries of the universe as we harness new ways to exterminate mankind, that we take for granted the true wonders of our lives. A Facebook friend pointed out today that the sun really is always waiting beyond the dark, stormy skies and unprecedented tides. Aside from being our morning star, the sun never actually sets, blazing in the Great Elsewhere while we sleep. We've lost the wonder of things we cannot recreate or fully capture because they support our everyday existence.
The thing I find most haunting about George Mackay-Brown's poem for Epiphany is that it makes no mention of the traditional gifts associated with the magi. Frankincense, gold and myrrh would be heady gifts for an infant even by Kardashian standards. The real gift from these learned and respected men was that they acknowledged wonder and followed faithfully into the unknown; an epiphany for them and the greatest gift of all to themselves, as much as any offering they could make to an unknown baby born in a barn.
﻿ 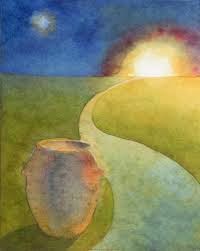 "There's nothing better when something comes and hits you and you think 'YES'!"
(J.K. Rowling)

"I never made one of my discoveries through the process of rational thinking."
(Albert Einstein)

"I had an epiphany a few years ago when I was out at a celebrity party and it suddenly dawned on me that I had yet to meet a celebrity who is as smart and interesting as any of my friends.”
(Moby)

"Looking into the spirit of others is sometimes like looking into a pond. Though we aim to see what's deep in the bottom, we are often distracted by our own reflection."
(Katina Ferguson)

"The magic of the street is the mingling of the errand and the epiphany."
(Rebecca Solnit)

"God's voice is usually nothing more than a whisper, and you have to listen very carefully to hear it. But other times, in those rarest of moments, the answer is obvious and rings as loud as a church bell."
(Nicholas Sparks)

"These are maybe the most exciting stars, those just above where sky meets land and ocean, because we so seldom see them, blocked as they usually are by atmosphere…and, as I grow more and more accustomed to the dark, I realize that what I thought were still clouds straight overhead aren’t clearing and aren’t going to clear, because these are clouds of stars, the Milky Way come to join me. There’s the primal recognition, my soul saying, yes, I remember."
(Paul Bogard)

"I always like those moments of epiphany, when you have the next destination."
(Brad Pitt)