A darkness on the edge of town 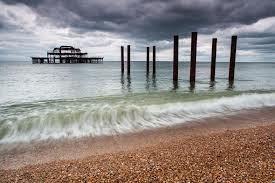 "You can talk with someone for years, everyday, and still, it won't mean as much as what you can have when you sit in front of someone, not saying a word .... connections are made with the heart, not the tongue."
(C. Joybell)

It's certainly true that you never know how much you rely upon something, accept and expect, even cherish something, until it's not there. At the end of June, three Vodafone masts somewhere out on the South Downs spluttered and fell silent. I'm aware that some parts of Brighton and it's suburbs were without Vodafone mobile coverage for three weeks. There was a palpable darkness at the edge of the town. My own little mobile was silent for a week, but these eerily quiet days over-lapped with my beleaguered BT landline finally admitting defeat, which also rendered my broadband speechless and my laptop comatose.
I live in a small street that's usually disproportionately noisy and which forms a horse-shoe in and out of a busy, in-yer-face main road. There's an exuberant little primary school across the street, with the playground leaning onto the road. There's usually some manner of building works banging away somewhere nearby. My next-door neighbours, with three new babies as part of the extended clan, are from Liverpool: I love them dearly, but they would be the first to admit that the Liverbird larynx comes with integral speakers! And speaking of birds, my beloved seagulls are the running commentary to this city; at worst, like a particularly overwrought Jeremy Kyle audience. In short, you actually have to retreat to find silence or to experience real loneliness in this area.
Although I live on my own and still don't really "know" many folk in this area, I'm far from reclusive. I think I'm a friendly soul. I'm interested in people and expect most to respond warmly or at least civilly. Yet for several days, the enforced lack of communication behind my closed door felt isolating and frankly worrying. With no access to even emergency calls, it may have been natural to fret about fire or footsteps on the stairs at night. Facebook was sullenly closed to me for a few days and I even found myself totting up how many of my daily free online bingo tokens were lost. I couldn't update this little blog and am still trying to catch up on posts I wanted to add; I worry that I've lost phrases and even thoughts I'd been unable to commit to screen. Can you ever actually lose a thought? Surely my own conscience is the most precious hard-drive ever created.
What left me feeling bereft was loss of contact from those who've become part of my daily routine. Most of my closest friends live in London or beyond, but even my neighbour here will text me to say "Cuppa?", expecting me to respond with "Five mins". Technology has expedited and streamlined our communications with "free talk minutes", "txt spk" and character regulated "tweets". Even personal emails promote abridged friendliness and abbreviated emotions, with "LOLs" and "smiley faces" rendering exclamations of joy unnecessary and rather embarrassing.
The Yorkshire novelist, playwright and broadcaster J. B. Priestley was a man who knew how to work and play with words, becoming a Doctor of Letters in his later years. He once noted that the more elaborate our means of communication become, the less we actually communicate. My own shelves of words often make me wistful for the worlds of Austen and the Brontes, with rounds of perfumed letters preserved in initialled trunks under the bed and earnest, totally unseasonally attired lovers riding across sodden moors, collapsing in a consumptive heap on the threshold. Usually choosing to walk around Brighton, I often arrive back at my own front door seriously bedraggled after a trip to Aldis. I actually have a couple of vintage trunks under my bed but the only secrets they store are stockings, hot water bottles and spare bedding. There's a man who walks his rather snooty dog "Heathcliff", often stopping to let him poop by my roses (the dog, not the owner). But I digress: even the largely emotionally sterile, character-economic, technical truncations of the internet won't stop a digressor. 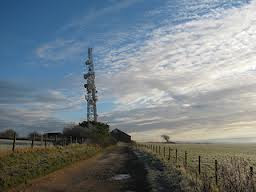 I'm the first to admit that I usually have something to say and can talk. A lot. I like the art and science of words: these seemed fine reasons to start a blog, over a year ago now, when I was unemployed. But I also appreciate silence and always find myself looking for what's left unsaid when the conversation has ended. There's a precious silence in the closest relationships; an emotional recognition and communion negating words. Yet sometimes things must be said, the surety of feelings needs to be voiced to uncertain hearts. Sometimes words won't flow, stemmed by too much self-doubt or fear of offending, too much anger or pain, even too much love.
Doubt is the natural enemy of love. The unspoken may provide poignant memories but regrets are too dried and crumbly to rest prettily in a purple ribbon. For every pair of star-crossed lovers confounded by fortune, there will be dozens of chances choked upon and broken bridges languishing by a bank of missing planks. God gave us the security of silence but also a wealth of words and the luxury of language. Talk to each other, listen; you really can't successfully do either one without the other.
The word "communication" comes from the Latin for "sharing". Open communication lends itself to community; harmonised interests, values and intimacy. And yet it seems that enhanced routes and almost time-travelling speeds in modern communication have led to inappropriate over-familiarity, contempt and apathy. And when those routes fail, we feel almost socially excluded. We assume the landline, mobile, email or social network will be there tomorrow: the idea, opportunity, emotion or even the person may not be. If our connections were reduced to one letter a month and a steed galloping up-country instead of current upload speeds, we would surely say more in that letter. My Mum and Dad never let the sun set on a problem in case one of them might not be there to see the sunrise. Not a sentiment shared by BT and Vodafone it seems.
Two prisoners in adjoining cells will talk to each other by knocking on the wall. The barrier between them becomes their route of communication; their separation becomes a link between them. Knock knock? 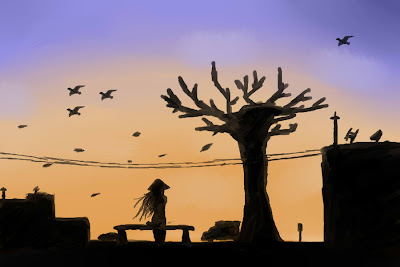 "Electric communication will never be a substitute for the face of someone who with their soul encourages another person to be brave and true."
(Charles Dickens)

"Man is a creature who lives not upon bread alone, but primarily by catchwords."
(Robert Louis Stevenson)

"The single biggest problem in communication is the illusion that it has taken place."
(George Bernard Shaw)

"If the darkening sky could lift
more than one hour from this day
there are words I would never have said
nor have heard you say."
(Carol Ann Duffy)

"Darkness On The Edge Of Town"  Bruce Springsteen)
﻿  "Everybody's got a secret, sonny,
Something that they just can't face,
Some folks spend their whole lives trying to keep it,
They carry it with them every step they take.
Till some day they just cut loose;
Cut it loose or let it drag them down;
Where no one asks any questions
Or looks too long in your face,
In the darkness on the edge of town."
(B. Springsteen)