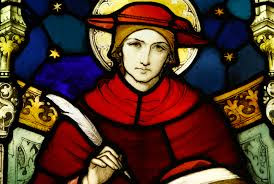 "If you desire to know … ask grace, not instruction"
(St Bonaventure)
When I was a convent schoolgirl down in Greenwich, I was vaguely aware of  the affectionately named "St Bon's", a fellow Catholic grammar school over in Forest Gate, east London. Today is the feast day of their patron, the medieval theologian and philosopher who became St Bonaventure, one of the Doctos of the Church.
Giovanni di Fidanza was born in Tuscany in 1221; the name Bonaventure derives from the Italian "Buona ventura", for "good fortune". His legend tells of his mother asking for St Francis' intercession when he was a sickly infant; his cure was seen as a sign of his favour and good fortune. Giovanni would eventually be elected as Minister General of the Franciscan Order at the age of 36 and would be credited with virtually re-founding it.
A contemporary of St Thomas Aquinas at the University of Paris, Giovanni became known for his kind heart and loving disposition as much as for his prowess as a scholar and his own prolific writings. He was an unparalleled teacher, although his own theology was innovative for the times he lived in and still thought provoking today. He spoke of the emptiness of "knowledge without devotion, research without the impulse of wonder, prudence without the ability to surrender to joy". He likened "learning sundered from love, intelligence without humility" to studying without the sustenance of grace. "To know much and taste nothing - of what use is that?" he said.
There are more than thirty men and women revered as Doctors of the Church; St Bonaventure is known as the "Seraphic Doctor"; his teachings emphasised that faith developed not only through knowledge and understanding but mysticism. As a theologist, he sought to totally integrate faith, feeling and reason. His way set the Franciscans on course to become the most prominent order in the Catholic Church until the birth of the Jesuits. Undoubtedly possessed of a mighty intellect himself, he taught that a great mind can't be elevated without the wings of the loving heart. St Bonaventure saw God as the absolute and perfect being, the essence that brings all other composite beings to existence.
In 1274, Pope Gregory X insisted that he sit at the second Council of Lyon. His contributions there were significant and instrumental in uniting the Greek and Latin churches. The Council saw the Orthodox acceptance of the papacy and the adaption of the Nicene Creed. That same year, he died on this day; suddenly and in suspicious circumstances that have led to tales of poisoning. St Bon's is now a thriving comprehensive; still Catholic, it's adapted to the educational needs of the times without compromising it's tradition in faith. 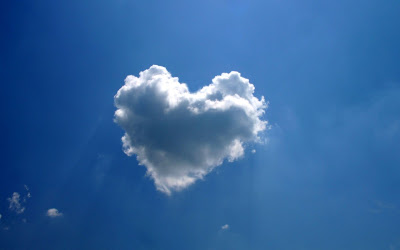 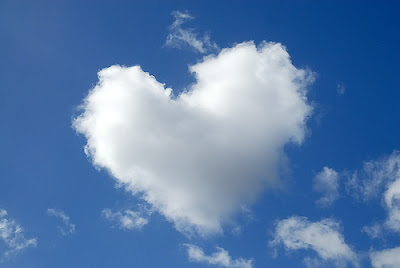 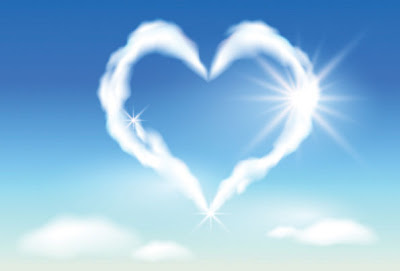 "In everything, whether it is a thing sensed or a thing known, God Himself is hidden within."
(St Bonaventure)