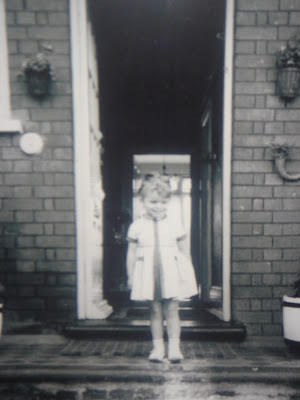 "Monday's child is fair of face,
Tuesday's child is full of grace,
Wednesday's child is full of woe,
Thursday's child has far to go,
Friday's child is loving and giving,
Saturday's child works hard for a living,
But the child who is born on the Sabbath Day,
Is bonny and blithe and good and gay."
(English fortune-telling nursery rhyme, circa 1838; uncredited)
I was born on a Friday, and the number thirteen has followed me through life from house numbers to close friends' birthdays to holiday flights and exam numbers. So yesterday's date held no fear for me. Yet at least three people reminded me that it was Friday 13th and that I am "accident prone". This is not entirely true, although I do love heights and have a habit of then falling off high things or not being able to find the easy way down: but these are all different stories. I would go so far as to say that thirteen has been something of a "lucky" number for me; certainly it is a familiar one and I'm very comfortable with it.
Various cultures have noted similar folkloric aspects of the number thirteen: this could be partially due to cultures around the world employing lunar-solar calendars; due to the number of lunations in any one solar year, there are twelve "true" months, with days left over for a smaller and allegedly portentous month. The end of the Mayan calendar's thirteenth "Baktun" is still feared by many today as the harbinger of the alleged 2012 apocalypse.  In many ancient cultures, the number thirteen represented femininity, corresponding to the number of lunar and menstrual cycles in a year. As the solar calendar repressed the lunar cults by ultimately replacing the lunar calendar, the number thirteen became an anathema.
When Christian monks were charged with organising the calendars and therefore the regularity of religious festivals, a year which contained thirteen full moons instead of twelve would cause a great deal of upset; it would be considered an "unfortunate" year for that reason alone.  And yet the moon moves thirteen degrees around the earth every day, and it takes thirteen days for the new moon to become full and another thirteen to wane back.
In ancient Iranian civilisation and the Zoroastrian religion, the number has always been considered sinister. The thirteenth day of each new Iranian year is still considered a day when evil powers may thrive. Despite the wishes of the Islamic government, this day remains a holiday for many in Iran. In the divinations of the Mesoamerican peoples, thirteen was the number of fortune and misfortune; whilst in pagan wiccan traditions, there would usually be thirteen members in a coven and "adepts" would be initiated into the craft at thirteen years of age. Yet in Judaism, it is the age when a boy becomes a "Bar Mitzvah", a full and mature member of the Jewish faith. There were indeed thirteen principles of the ancient Jewish faith; according to the Rabbinic Torah, God has Thirteen Attributes of Mercy. The number thirteen relating to cycles is also held sacred to the teachings of the Kabal. 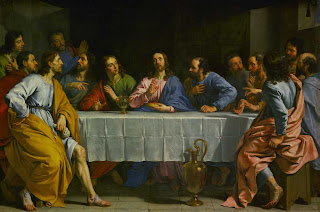 Notably, many religions have twelve followers (disciples) of one Prophet or Messiah, a brotherhood of thirteen. At Jesus' last supper, there were thirteen people around the table, until Judas departed to betray Him. It's still considered "unlucky" to seat thirteen people around a dinner or meeting table: many companies, establishments and hotels may use a different way of numbering to get round the issue of thirteen seats, rooms or floors. Whereas in numerology twelve was seen as the number of completeness, reflected in the twelve months, twelve hours of the clock, twelve gods of Olympus, twelve tribes of Israel, twelve successors of Muhammad; the number thirteen was considered irregular, transgressing completeness.
Historically, a hangman's noose, when it was still knotted rather than clamped, would comprise thirteen knots; it was thought anything less would not break a neck. Coincidentally, there were traditionally thirteen unlucky steps to the gallows. Fear of the number was recognised as a phobia in 1911, triskaidekaphobia. Sufferers will go to great lengths to avoid anything relating to or labelled as thirteen. ( The fear of Friday 13th is called friggatriskaidekaphobia, incorporating "Frigga", after the Norse goddess that Friday was named after). Yet many celebrities and in particular sportsmen and women favour the number; in my own favourite sport, rugby union, thirteen is worn by one of the two starting centres. Notable centre and Ireland national captain Brian O'Driscoll (love him) has frequently stated that the number thirteen jersey has been lucky for him.
Elsewhere, there are thirteen cards in a suit, whatever your dexterity or fortune; although the thirteenth card in a tarot deck is the card of death! A baker's dozen is rounded up to thirteen loaves. Thirteen colonies originally formed the United States of America; the flag originally had only that number of stars, with new stars added as other states joined the union, but to this day the flag retains thirteen horizontal stripes. There are thirteen shots fired to salute United States Army, Airforce, Navy and Marine Corps generals and admirals. In fact, thirteen is unusually related to United States symbols, The Great Seal being a perfect illustration. The Seal has thirteen stripes, thirteen olive leaves and thirteen olives, thirteen breast coverts on the eagle, thirteen layers of bricks in the pyramid, thirteen arrows in the grips. In Catholicism, the apparitions of Our Lady at Fatima in 1917 were said to have recurred on the thirteenth day of six consecutive months. The feast day of St Anthony of Padua, one of my and my Dad Tony's favourite saints, falls on 13th June; devotions to him include dedicated prayers on thirteen consecutive Tuesdays, and St Anthony's Chaplet of thirteen sets of prayer beads. 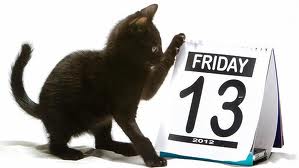 And what of Friday? In some cultures, particularly maritime environments, it's been seen as unlucky to embark on a journey or a new venture on Friday since the publication of "The Canterbury Tales," at the end of the fourteenth century. A more recent legend tells of the Royal Navy commissioning a ship, HMS Friday, in the nineteenth century, specifically to dispel such superstition. Her keel was laid on a Friday, she was launched on a Friday and she set sail on her maiden voyage on a Friday; under the command of Captain James Friday. Unfortunately, she vanished without trace and no wreckage has ever been found. This may be due to the origin of this particular urban legend: the inimitable Irish comedian Dave Allen "commissioned" this tale for his 1970s T.V. show!
The phrase "Black Friday" was coined in the 1800s in reference to stock-market crashes and other socio-economic disasters. However, there is no recorded evidence in folklore for a "Friday 13th" superstition before the nineteenth century. A biography of the composer Rossini, published in 1869, reveals that "he regarded Fridays as an unlucky day and thirteen as an unlucky number; it is remarkable that one Friday 13th of November, he died". Indeed, many theorists claim that any Friday 13th superstition is a modern amalgamation of the two older, separate superstitions. Dan Brown's 2003 novel "The Da Vinci Code" popularised the historical connection between Friday 13th and the Knights Templars. On Friday 13th October, 1307, Philip IV of France ordered the arrest of hundreds of Knights Templars: the majority would be executed, apparently for heresy and immorality. More accessible for most Christians, the grief and pain associated with Christ's betrayal and crucifixion on a Friday has been compounded by the number of diners at His last supper.
The Greeks and many Spanish speaking peoples consider a Tuesday 13th to be an unlucky day: the only recorded explanation I can find for this may be that Tuesday was named after the god of war and discord, Mars or Aries. Again, confusingly, in Italy Friday 17th is held to be an unfortunate date. 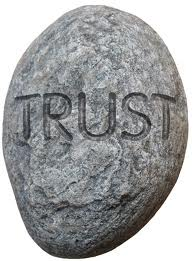 This year on Friday 13th January, the luxury cruise ship "Costa Concordia" sank at the Tuscan island of Giglio; at least thirty people were killed and many more injured. On the same day, Europe plunged to new depths of financial crisis as the credit ratings of nine countries were downgraded by the credit agency Standard and Poor's. Yesterday, Friday 13th April, an earthquake hit Palermo in Sicily. On Friday 13th April 2029, scientists predict that the asteroid Apophis will have a worryingly close encounter with our planet, far closer than the orbit of any communication satellite. There have been many days in many years when misfortune has struck or the ways of evil in the world have been clearly visible. Some of them will have been Fridays and the thirteenth days of the month. Many more will not. Days, dates and numbers, like colours, perfumes and melodies, will continue to have associations or familiarities for individuals or groups of people, some of whom would baulk at the notion of superstitions. And religious reverence and ritual may always involve an element of superstition; reverence and devotion need not be diluted by that. I still don't walk under ladders, partly because my mother told me it was disturbing the Trinity; partly because I feel I might just trip over. I asked my brother-in-law to place an each way bet on the Grand National today, on a jockey I thought had a good chance of becoming the first female competitor to win. She came third, which is still pretty fine! I realised afterwards that her horse "Seabass" was numbered thirteen. I have a feeling he won't have placed a bet for me as he thinks I know nothing about the gee-gees. Now, that would be bad luck... 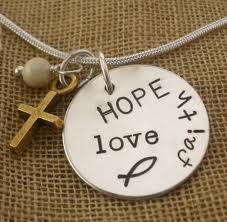