The Friendship of God: St Teresa of Avila


“Prayer is nothing else than being on terms of friendship with God.”
(St Teresa of Avila) 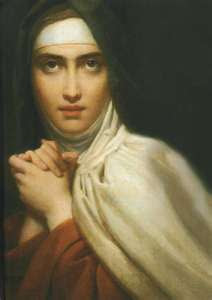 I've been sent a beautiful clip of the New Zealand based folk group "Lava" singing "Inner Peace" and wanted to share it on here and build a post around the sentiments. One of the founding members of the group, Amanda O'Connor, was inspired to compose the piece by the writings of St Teresa of Avila. This inspiration is immediately evident.
St Teresa joined the Carmelite Order when she was twenty.  After a further twenty years, she felt that God was asking something more of her. She founded her own convent and monastery, St Joseph's in Avila, Spain, amid a great deal of opposition. Many condemned her as a woman deceived by her own experiences in prayer; her conviction that she had become friends with God. Eventually, the initial hostility subsided. Over the next twenty years of her life, she founded many more houses for sisters and friars across Spain. Teresa introduced a fresh orientation into the Carmelite life: she combined solitude and stillness with community living and the apostolic power of prayer. Her writings are brimming with love and serenity, yet her unfailing energy and sense of humour are also present.
In March, I joined a Day Retreat at the Carmelite Priory in Oxford. It was a day of some friendly chatter, some stillness, some smiles; and much peace. The Priory is set in untampered grounds which seemed to ring with St Teresa's urgings to surrender to calm, peace and joy: some of which I've included here.

Sadly, I've now learnt that Amanda O'Connor passed away last November, following complications with her pregnancy. She was only 39 years of age and will be greatly missed by her husband and co-musician Sean, their two little girls; and by the many friends of their music.

"There are more tears shed over answered prayers than over unanswered prayers"
"I do not fear Satan half so much as I fear those who fear him"
"It is true that we cannot be free from sin, but at least let our sins not be always the same!"
"Each of us has a soul, but we forget to value it. We don’t remember that we are creatures made in the image of God. We don’t understand the great secrets hidden inside of us"
"It is love alone that gives worth to all things”
"Anyone who truly loves God travels securely" 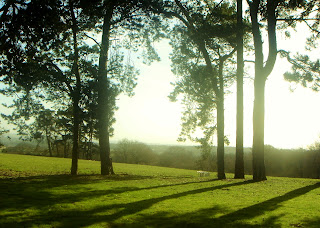 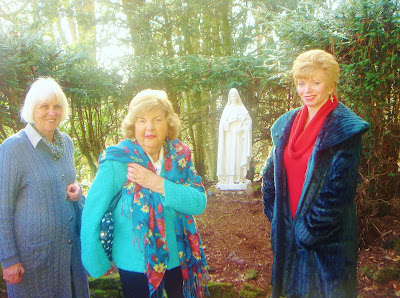 "About the injunction of the Apostle Paul that women should keep silent in church? Don't go by one text only...!"

"Let nothing disturb thee; Let nothing dismay thee; All things pass; God never changes. Patience attains All that it strives for. He who has God finds he lacks nothing: God alone suffices" 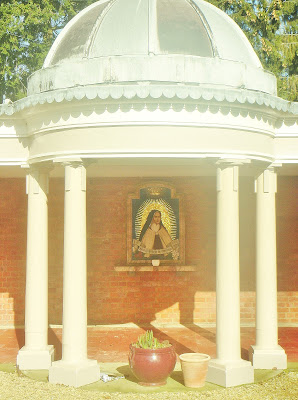