The Ever Fixed Mark

"Love is not love
Which alters when it alteration finds,
Or bends with the remover to remove:
O no! it is an ever-fixed mark
That looks on tempests and is never shaken;
It is the star to every wandering bark,
Whose worth's unknown, although his height be taken." 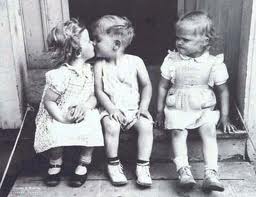 I do not consider myself to be a competitive person: I like to feel that people and situations that are meant for me will not go by me; I find that comforting and also rather aesthetically (or even ascetically!) pleasing. I hope that I've never consciously "competed" for friends, partners or social standing. I clearly don't have the cut-throat attitude apparently currently required in Brighton at the moment to snatch a half decent job from the burgeoning queue! I intensely dislike the paraphernalia attached to going to "the sales"; no overnight sleeping bags then handbags drawn at dawn to battle for bargains, not for me. In fact, only rugby union seems to ignite the lesser-known cussing, shouting, jumping up and down Gigi. We all have our weaknesses.
I know this will make me sound like the biggest eaves-dropper in East Sussex, but yet again I overheard something thought provoking on my journey back from Hampshire the other day. Two tall-haired and teeny-shorted girls in their late teens were loudly discussing their game plans once they disembarked at Brighton, for securing the same boy. These girls were friends, to all intents and purposes, even sharing copious amounts of Red Bull and almost as much lip gloss and eyeliner; war painting each other only to become opponents in battle. I found this dreadfully sad: I wanted to say something to them but I was too scared they would join forces against me and leave me a mess of pulled hair and Rimmel stains.
They were literally egging each other on about tactics to use on this lad, yet each girl was vehement that once one of them was victorious (if not happy and glorious), the loser would immediately hate the boy and become a sworn enemy to the other girl! Beyond the sheer ugliness of this situation, no matter how much macquillage you apply to it, there's also a total breakdown in reason. I let them clatter off the train ahead of me, holding on to each other for support. For all their manufactured preening and glued on bits and pieces, there was something very feral about them: these girls were  born competitors. I mentioned it to a lovely female friend of mine who has a teenage daughter. She said she was aware of an almost innate rivalry in her daughter and her school friends. It seems alien to us now but may well have been prevalent when I was a plaited and pleated convent school girl. Her daughter's favourite song through her recent boyfriend troubles had been "Fight for this Love" by one Cheryl Cole, complete with high-heeled combat dance moves. Ms Cole may well be a role model for not-so little girls after "fighting" for her marriage to her footballer husband in spite of his alleged multiple discretions: thank God she now seems to have chosen a more dignified choreography, walking on with her beautiful head held high and any undoubtedly lucrative kiss-and-tells tightly zipped. 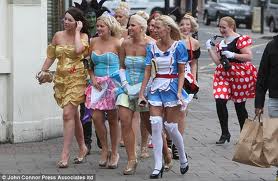 Part of my physiology, not least because I'm trying to be a decent Christian, also means that I don't stop loving those who've hurt or even betrayed me. We've all seen friends we've introduced suddenly finding each others company more stimulating than ours. We may have seen the top marks, awards and even promotions bypass us on the way to someone we simply can't not admire or respect. Heartbreakingly, we may feel a person is the key to our future, assuming the sentiment is shared until we see them in the company of someone else they clearly have a history with. If we truly feel real, unconditional love, romantic or otherwise,  it doesn't swiftly cease because the Happy Ever After isn't forthcoming. I've never understood that "If I can't have you no-one else will" mentality that drives some men to kill their girlfriends and some mothers to sacrifice babies to spite the father.
We humans are largely animals with lip gloss, mobiles, city jobs and laptops who still react to fear, threat or pain with aggression. I understand this and also that many people will therefore view sensitivity, patience and composure simply as weaknesses rather than profoundly concentrated strengths. Many berate the dangers of passivity because the missile-seeking radars (or even just the beer-goggles) have failed to identify constancy, quiescence, acceptance. I have stood up for or even stood in front of people (or causes) I care about before and I know that I will do it again. But defending for love is not the same as aggressing for it. Certainly, I've grown up believing that if you have to compete for attention or affection, it's probably not worth the having. Blood on a prize is never that attractive.
I've included This Mortal Coil's version of Tim Buckley's "Song to the Siren" in this post; personally I feel this is the most hauntingly beautiful version. The song is a conversation between a distraught, lovesick sailor and a siren (or mermaid) who appears to have also fallen in love with him. Early Christian opinion of mythological beings was coloured by the Etymologies of St Isidore of Seville, who described sirens as part virgin and part clawed bird. They were said to have wings and claws because love can fly and wound: of course love hurts, but I prefer to think of the mark of love as an exquisite badge of honour rather than a livid battle scar; Shakespeare's "ever-fixed mark".
Obviously, I have no idea which of the two teenage divas from the beginning of this post managed to get her man, nor if the victory would endure for a night or an entire season. All things considered, I doubt very much that such a battle could have birthed a lifelong union of soul mates. Maybe the boy wasn't remotely interested in either of them, which happens a lot in Brighton, allowing the girls to totter home together with their friendship intact, if not their pride or nail polish. I sincerely hope the evening ended well and safely for all concerned.

For my own part, I really must get my TV and aerial fixed before the start of this year's Tri Nations Rugby Championship: I simply can't be doing all that shouting and air-thumping in public. 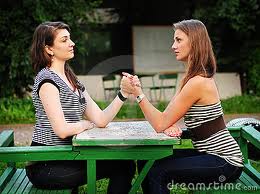 "Whit's fur ye'll no go by ye"
(old Scottish proverb, mainly said by my granny and my mother)
"Song to the Siren"  This Mortal Coil
Posted by Gigi at 7:46:00 pm