Blog-bullies and the beauty of Bunyan

"Who so beset him round with dismal stories
Do but themselves confound;
His strength the more is."
(John Bunyan) 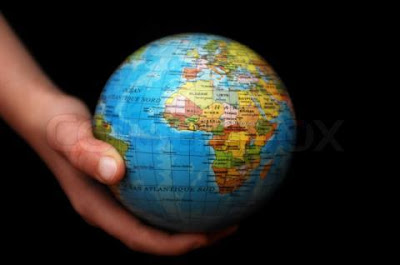 The late John F. Kennedy famously said: "Freedom is indivisible, and when one man is enslaved, all are not free." Sadly, bigotry and war are also indivisible. Vengeful conflict and determined aggression are rarely easily contained. This was one of the points I was striving to make in my post on 9/11.

My post prompted a couple of colourful but depressing messages to me from someone calling himself "Jerry B. Good". I would hazard this is not his real name. Jerry found my sentiments anti-American. This initially upset me a lot: I have friends in the United States and hope to visit the land one day; I'm fascinated by the diversity and optimism of the culture. His accusation was unsettling, but some US friends have since reassured me. The intention of my post was not to be anti any group or ideology, rather to be pro-world and pro-peace.
Jerry informed me that he's passing my details to the United States Federal Bureau of Investigations. I told him I was a big fan of Eliot Ness and keen to liaise with the FBI, particularly if Sean Connery could be involved. Unfortunately, humour and sarcasm don't seem to register with Jerry, or indeed feature in bigotry in general. His return was an unfriendly-fire of abusive name calling: none have any place in a friendly blog and some seem to have confounded Spell Checker. His suggestion that I would look better in a full burkha as a "Muslim-lover" was intended to be hurtful to me as a female, but he does have a point. I do love Muslims, Buddhists, Hindus, Presbyterians, Pagans... I believe this is what striving to be a good Christian is all about.
Although incensed by my "cowardly allegiances", he hasn't had the blogging-balls to post his comments using the forum provided on here. Jerry should be aware that I do not scare easily: I grew up in a far from cloistered area and now live in another that appears to have been brought to it's knees more by social deprivation and systemic substance abuse than by the call to God. If my response to Jerry seems less than placid, I am always deeply offended by racial and religious bigotry and bullying. I'm also mindful of a story retold by an astute parish priest, about a snake who promised God he wouldn't bite local villagers. Once the village folk became aware of the snake's reluctance to defend itself naturally, they took every opportunity to beat and abuse it. When the wretched creature presented it's sorry self to God, He said: "I told you not to bite, I did not tell you not to hiss!"
I am, however, deeply sensitive to the sensibilities of others, possibly heightened by news of further atrocities and possible recriminations in the Middle East; I was hurt to think that this little blog might have alienated or upset anybody. I've now barred Jerry from my personal email, although all constructive criticism is heartily welcomed here. I wish him happiness and good humour and hope that he may enjoy listening to Daniel Versteegh's serene interpretation of John Bunyan's vividly evergreen words.
Peace. 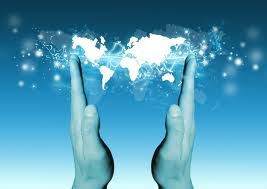 "The better part of valour is discretion."
(William Shakespeare)