"One Love, One Heart;
Let's get together and feel alright"
(Bob Marley) 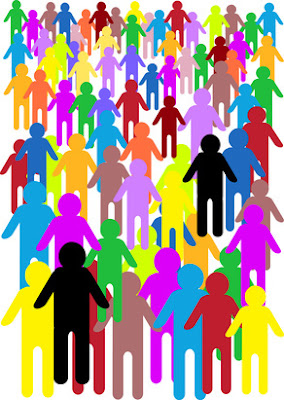 My very Irish Mum listened to a lot of my preferred music under sufferance over the years. By her own admission, she had never seen a black person until she was in her twenties: she grew to love reggae, especially Bob Marley and Jimmy Cliff. She described reggae as "Black Irish music" and often said Jesus might well be a little like Marley if He arrived in Kingston, Jamaica, with dreads and a guitar. Due to the geographical and social restrictions of her upbringing, Mum first learned to call all people of any colour darker than her own "darkies" and "coloured folk": she later learned that this could be as offensive as it could be inaccurate! She came to "Rock Against Racism" concerts and learned that every colour, creed and culture could harbour racism. Well into her seventies, a young black guy called her a "white bitch" (during a building dispute involving her home); she corrected him, saying: "I'm not white, I'm Irish. I'm virtually black. Pull yourself together."
I was reminded of this today when I saw this poem. Untitled, it was apparently written by an African child and was nominated by the United Nations as their "Poem of the Year" in 2006.
"When I born, I black.
When I grow up, I black.
When I go in sun, I black.
When I scared, I black.
When I sick, I black.
And when I die, I still black.
And you white fellow,
When you born, you pink.
When you grow up, you
white.
When you go in sun, you red.
When you cold, you blue.
When you scared, you yellow.
When you sick, you green.
And when you die, you grey...
And you calling me coloured? "


"Racism does not have a good track record. It's been tried out for a long time and you'd think by now we'd want to put an end to it instead of putting it under new management."
(Thomas Sowell)


"Hating people because of their colour is wrong. And it doesn't matter which colour does the hating. It's just plain wrong."
(Muhammad Ali)

“Life is one race I never want to win, I'd rather stroll around enjoying the scenery."
(Aditya Chandra)

"Achievement has no colour."
(Abraham Lincoln) 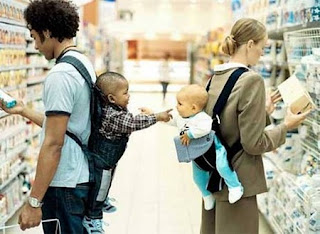