No ashes without fire... 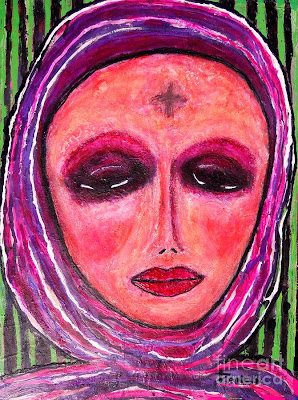 "There is confidence everywhere in Ash Wednesday, yet that does not mean unmixed and untroubled security. The confidence of the Christian is always a confidence in spite of darkness and risk, in the presence of peril, with every evidence of possible disaster…
Once again, Lent is not just a time for squaring conscious accounts: but for realising what we had perhaps not seen before. The light of Lent is given us to help us with this realisation."
(From "Ash Wednesday", Thomas Merton)

Ash Wednesday finds us early this year. The first day of Lent, it seems ironic to point ourselves down the forty day rocky road towards Easter, the day before the supermarket choc-fest of St Valentine's Day. I know that Ash Wednesday ushers in a time of reflection and repentance, but I find it quite a hopeful day; I like having my forehead crossed and I like seeing other folk, away from the church, going about their daily business with their own crosses still in place. Beyond the Biblical symbolism of humility and mortality, we simply do all have our crosses to bear. There's even a kind of solidarity in it.

I'm old enough now to realise that the greatest part of repentance isn't all in the acknowledgement of what I've done wrong or failed to do at all; it's in the willingness to put behind and to put right. Just as "Lent" derives from the Anglo Saxon "lencten", for springtime, meaningful repentance has to enfold hopefulness and renewal. For the first time in years, I really "get" that Ash Wednesday's crosses aren't just a more viable echo of the sackcloth and ashes of the Old Testament. I can more easily appreciate the mark on my forehead as a reminder of baptism: perhaps I'm growing up after all.
Certainly, I feel I know myself better than to go through the motions of "giving up" chocolate for Lent yet again: I only eat it as a treat and have just as much of a savoury tooth as a sweet one. And I know I'll invariably reach for a bar of dark chili chocolate after Easter; it would only be a temporary, niggling hardship. My sister always says it'll be "a lifetime on the hips" as I reach for a third biscuit, but untended regrets can do far more damage elsewhere. Aristotle noticed that:"Bad men are full of repentance." I think he knew a thing or two about the great untended elsewheres.
So maybe I should give up some deeper comfort zone: some situations and people can make me very uncomfortable and I retreat behind friends, excuses or naturally occurring delays and barriers. I so often allow myself to be thwarted by criticism, disdain or indifference. This Lent, I should give up giving up so easily. More tricky but far more rewarding for me personally than simply steering past the KitKats and Crunchies in Salisbury's. Although navigating past a bay of bargain treacle tarts might require assistance from in-store security.

"Distant Sun" might seem an odd choice of music for an Ash Wednesday post: if you're looking a traditional sombreness, you might well dismiss it as pop music, playing at being precious. And indeed if you want pop-rock in pure Beatles style then look no further than Crowded House, or Oasis. But I digress: this remains one of my favourite songs, pop or otherwise, because Neil Finn's lyrics seem to be about redeeming and renewing oneself; the possibility of changing and moving forward without forever casting an eye back to excuse or justify.
Have a soothing Ash Wednesday and a hopeful Lent.


"You're still so young to travel so far,
Old enough to know who you are:
Wise enough to carry the scars
Without any blame; there's no one to blame"

"A man who fails well is greater than one who succeeds badly."
(Thomas Merton) 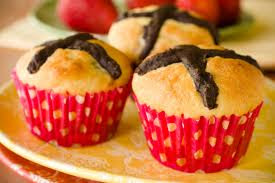