"I am the meaning of the poem"

"Nature is the direct expression of the divine imagination."
(John O'Donohue) 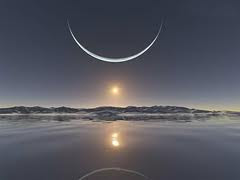 One fine thing about being confined to the house and not being able to work is that you get to read and listen to old loves that you keep meaning to sit down with again when you've got the shopping, painted the garden pots, touched up the varnish on the front door, sorted your life out.
I've been thinking a lot about the elements over the past few days: it's not difficult to see why man was in awe of the seasons long before flood barriers, the meteorological office or even sunblock were invented. The indigenous populations of the ancient world tended towards animist beliefs, imbuing any living creatures, objects and natural forces with "anima": soul or spirit. Animism is not a religion as such, but is certainly one of the oldest belief systems in the world; essentially, it's a way of viewing all of nature.
Today, many anthropologists studying religion have asserted that "modern" faiths are in continuity with the "magical thinking" of even our most primitive ancestors. Animism certainly assumes a relationship between the seen and the unseen worlds; an interaction between the human and the divine. Sometimes I feel education dulls the Christian perception of the spiritual within the everyday: surely the natural world enfolds the supernatural power and wonder of creation.

The late Irish poet and former Catholic priest, John O'Donohue, wrote extensively and beautifully about exploring the hidden universe that we all carry within, reflected in what we create in the outside world. He fully accepted that to be natural can be holy, that we're today's custodians of ancient, sacred thresholds.
His writing is seamlessly embroidered with ancient Celtic wisdom and lyricism. Not quite as comfortably, more than a millennium ago, the pagan lore and ritual of the Celts would become encompassed by the fervour and contemplation of early Christian mysticism. Significantly, the striking beauty of the traditional Celtic cross is said to have been introduced by St Patrick during his mission to convert the "pagan" Irish. Delivering the gospel to sun-worshipers, he combined Christ's cross with the circle as the sun: many also see it as a halo effect.

When Mum died, I was determined that her headstone should be a Celtic cross: her faith was that of her Scottish mother and her Irish father; only basically schooled, it was instinctive for her to believe in a higher power and a greater good. And to shamelessly ask St Anthony to find her the odd tenner that hadn't been lost yet. 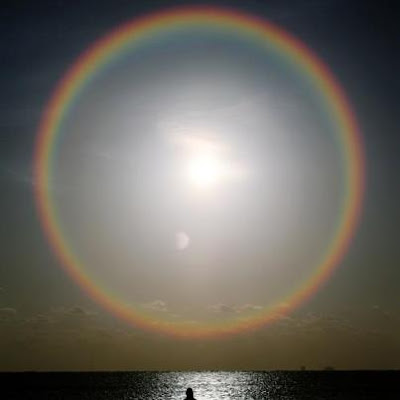 Yesterday, I remembered that I'd copied down the poem "The Song of Amergin" in one of my scribble-books. Originally "Amhairghin", Gaelic for "birth of song", Amergin was a great poet and one of the legendary Celtic leaders who battled the Fairy Peoples for possession of Ireland.
"The Song of Amergin" invokes the power of the land itself but I feel it also unfolds the omnipotence of God at the heart of Christianity. Amergin may well have been "bigging himself up" by claiming the power of the elements; just as readily, he voices the strength and godliness that can be within each of us. The poem reminds me of "St Patrick's Breastplate"; it soothes as much as it empowers.
Similarly, I found a list of CDs that I either haven't got round to buying or simply can't find on Amazon; "The Turning of the Tide" by Donegal-born singer Aoife is one of the latter. She sings in her native Irish with a real purity. Her version of an old Irish hymn, "My Love, My God", is one which I wanted to have played at my wedding, if such a day should ever dawn! Although the words are probably only a few centuries old, set to a much older melody, the hymn has the passion and sensuality of the Celtic Christian tradition. It's a lovesong to faith and also to God. 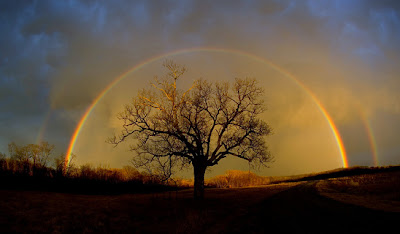 "The Song of Amergin"
(att. Amergin Glúingel)
I am the wind on the sea,
I am the ocean wave;
I am the sound of the billows;
I am the seven-horned stag;
I am the hawk on the cliff;
I am the dewdrop in sunlight;
I am the fairest of flowers;
I am the raging boar;
I am the salmon in the deep pool;
I am the lake on the plain;
I am the meaning of the poem;
I am the point of the spear;
I am the God that makes fire in the head:
Who levels the mountain?
Who speaks the age of the moon?
Who has been where the sun sleeps?
Who, if not I? 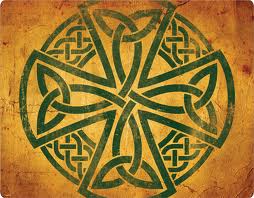 "The world rests in the night. Trees, mountains, fields, and faces are released from the prison of shape and the burden of exposure. Each thing creeps back into its own nature within the shelter of the dark. Darkness is the ancient womb."
(John O'Donohue)