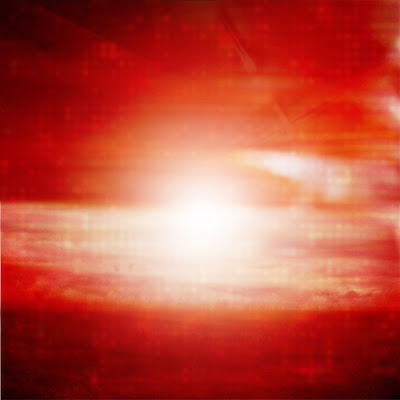 "If you are what you should be, you will set the whole world ablaze."
(St Catherine of Sienna)

There's a shade of flaming red which is by far my favourite colour. My front room, my bedroom and my little kitchen glow full of variations of it. Even the once staid iron bench in my garden has been painted what Hammeriite choose to call "Hot Red". It occurs to me that I wrap this shade around me when and where I want to feel warm, sure and never far from a smile. For a long time, I liked to see others a-wearing-of-the-red; it was always my mother's favourite colour as a fiery Aries; but I didn't feel it suited me. I certainly didn't feel confident enough to wear it when I was in my teens.
Sunday, the Christian feast of Pentecost, I wore bright red quite happily, although I had work for most of the day. I even wore my red beret when I left the house but thankfully none of Brighton's weekend anarchists mistook me for the military police; not in sandals anyway. These days I might not actively describe myself as confident, but perhaps I'm more forgiving of myself. I love that Pentecost, celebrating the birthday of Christian Church, is all about confidence. I love to see the flame red priests' vestments and church banners at Pentecost. When I was little, I remember calling Pentecost "Whitsun", with images of the Holy Spirit as a white dove. To be honest, I was never quite sure if the name derived from the colour white or from the wisdom imparted by the Holy Spirit. I prefer the emphatic red of the flame and exuberance of Spirit descending on the Apostles and followers of Jesus; like a first baptism of fire.
I think faith can be exuberant and it should be celebrated. When I was at school, I thought I had to be  more pious to be a good or even average Catholic. I always felt I was a bit too ready to dance about or laugh or ask an awkward question. When I was about fourteen, my friend Kristina and I were larking around on the little path that ran between the back of our school and the parish church that also served the convent. Having fallen in love with the London production of "Jesus Christ Superstar", we thought we were rock-opera stars in the rough; given to inventing and singing our own (probably very inappropriate) arias, wherever. Raucously. With air guitar. And air drums.
On this particular occasion, our school's parish priest came out of the presbytery to see what the racket was and smiled at us. I later apologised and said I was trying to be a good Catholic but that I wasn't quiet or well behaved enough. Father Harvey probably wouldn't remember saying this, but he warmly told me that faith could be quiet, it could be silent, but it should never ever be dull or boring.
These days, Kristina is all growed up and living across the world with her family. I try to limit my singing and dancing about to the company of friends' children or the privacy of my own kitchen or bathroom. However, anyone still reading this should refrain from singing along to Springsteen whilst slicing a vegetable stir-fry: you will lose a bit of index finger that will hurt like hell and add nothing to the flavour. And never feel tempted to jig about to The Pogues when you're in the shower: you will surely slip and fall out of the bath, knocking yourself out on the bathroom sink; causing yourself huge embarrassment as well as extensive bruising; you will totally traumatise next door's cat who was peacefully keeping watch on the landing. 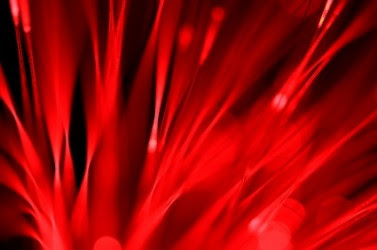 I do feel more grown up about my faith now. I'm never embarrassed to say I'm Catholic and I try to wear a cross or crucifix everyday; clearly, it is jewellery in that it's a form of adornment meant to be seen. Personally, I would rather wear what I consider beautiful earrings with crosses rather than beautiful earrings with some other symbol or design that means nothing to me. Some clerical vestments and pectoral crosses are stunning. And I'm not fussed about why Goths wear their crosses, just that they seem so damned miserable (rather than damned). Mine make me happy.
I've been to evangelical churches with friends in London and felt moved by the joyfulness and inclusivity of the services and the congregations. Sunday's Pentecostal edition of "Songs of Praise" from Brighton featured very high-spirited musical praise from the Church of Christ The King. I haven't been to one of their gatherings, but I'm aware of them as the founding church for the global family of evangelical "New Frontiers" churches. I can appreciate that their informality and buoyancy appeals to many Christians in this city.
Brighton is a cauldron bubbling with new-found philosophies, new-age mysticism and a liberal dash of neo-paganism. The national census in 2011 proclaimed the city, alongside Norwich, as the "most Godless" in the UK. Regrettably, I assume many of the wonderfully diverse Brightonians who display infinite faith in their fellow man may not pursue the route of that trust in any formal way.
This was the second consecutive year that Songs of Praise at Pentecost has been filmed in Brighton. Both editions featured the words and music of Stuart Townend, a banjo playing pastor and prolific writer of modern hymns. I already know a little about the work of the Reverend Martin Poole, a non-stipendiary Anglican priest and the founder of Brighton-based Christian art and events group "Beyond". For the past couple of Decembers, they've organised thought provoking art installations along seafront beach-huts as a contemporary advent calendar. They periodically organise sculptures and light installations around the city; I became a fan of their large gaudy neon crosses when I first moved here.
Rather more quiet but no less enthusiastic was the feature on the Catholic Wellspring Community. A group of secular Brightonians who apply the rule of St Benedict to their daily lives, individually and in couples. They also meet as part of the congregation of St Joseph's Catholic Church,  mentioned in this blog earlier this month. The community members were very gentle but obviously passionate about their faith.
The word "Pentecost" simply originates from the same in Ancient Greek for the fiftieth day. A movable feast only in accordance with Easter, it's traditionally celebrated on the fiftieth day after the feast of the Resurrection. Pentecost always corresponds with the Jewish harvest festival of Shavuot, which occurs fifty days after the celebration of Passover.
This Jewish Pentecost commemorates Moses receiving the commandments on Mount Sinai. Although these were traditionally literally set in stone, I can appreciate the similarity with the more fluid outpouring of spirit to Jesus' followers. Christians believe that the Apostles were touched by the Holy Spirit's tongues of fire; in turn, symbolically enabling them to speak in many tongues to people far and wide. The giving of the commandments is also an intended universalism, with many Jews celebrating Pentecost as the true birthday of Judaism.
I enjoyed the Pentecostal Songs of Praise, even though it didn't feature a Catholic service. I think it relished the diversity of the city and also the many tongues of faith here. You can still witness high spirits in Brighton which have nothing to do with distilled beverages or other chemicals and everything to do with grace. Father Harvey was spot on; faith can be the ultimate mood enhancer. And yes, I did really intend to include an acoustic version of "Firework" by Katy Perry in this post: listen and you might just hear the song. 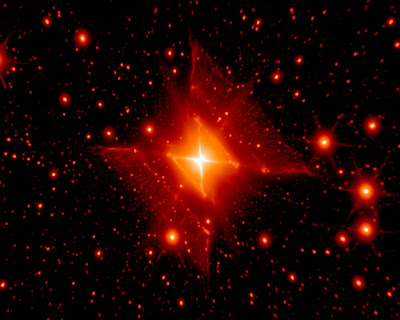 "Prayer is the oxygen of the soul."
(St Padre Pio)

"If you want a love message to be heard, it has to be sent out. To keep a lamp burning, we have to keep putting oil in it."
(Mother Teresa) 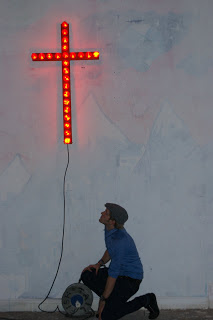