The man and the supermoon

"Everyone is a moon, and has a darker side which he never shows to anybody."
(Mark Twain) 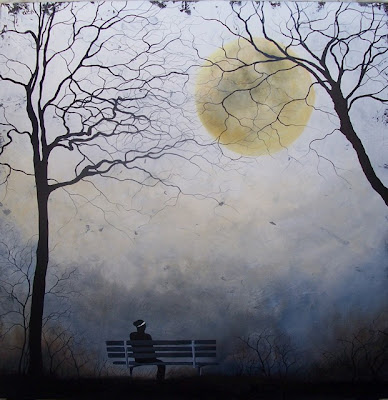 "Man and the Moon", by Tina Palmer

"Moon River"
(Johnny Mercer)
Moon river wider than a mile,
I'm crossing you in style someday.
You dream-maker, you heart-breaker,
Wherever you're going I'm going your way.
Two drifters off to see the world;
There's such a lot of world to see.
We're after the same rainbow's end,
Waiting round the bend:
My huckleberry friend,
Moon river and me.

"Three things cannot be long hidden: the sun, the moon, and the truth."
(Buddha) 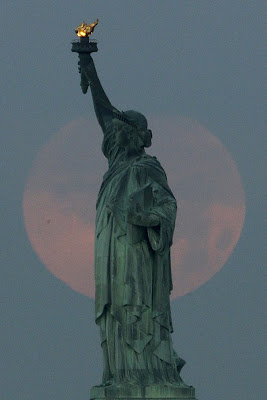 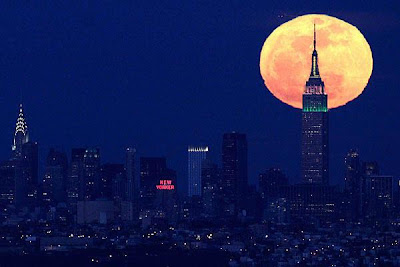 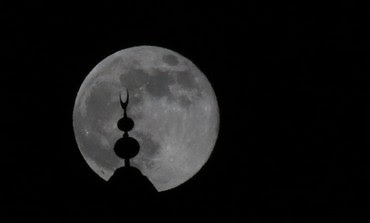 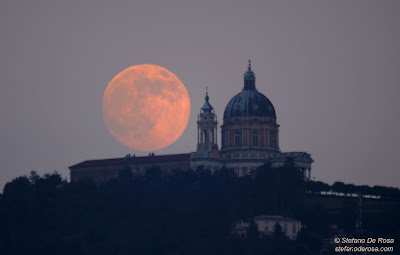 Starlings across the full moon at Brighton pier... 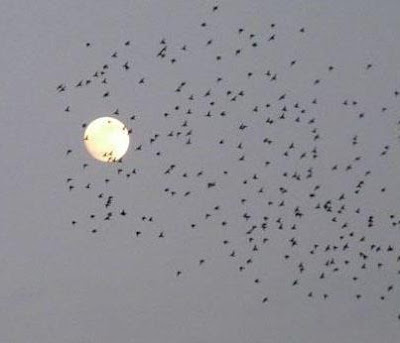 ... and my own less spectacular photo of the this week's supermoon over my street. 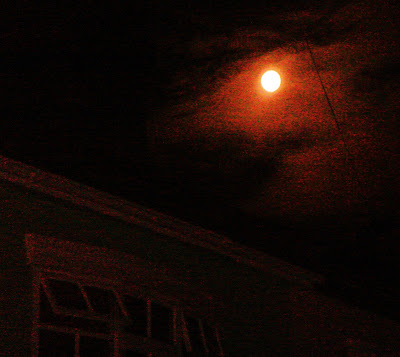 "Sometimes weak and wan, sometimes strong and full of light. The moon understands what it means to be human.
Uncertain. Alone. Cratered by imperfections."
(Tahereh Mafi) 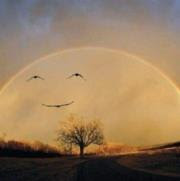