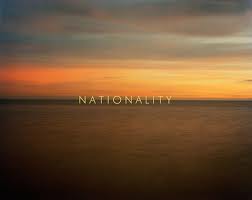 "Our true Nationality is Mankind"
HG Wells
It's often said that you can choose your friends but not your family. I would go further still: your truest friends become family. By this token, surely a man's nationality has far more to do with a feeling of personal allegiance and belonging than with the stamp on his birth certificate or passport? Since writing about Irishness around St Patrick's Day, I've been considering what is formally implied by nationality, and what the word might evoke for you and me.
My brother-in-law and I are polar opposites politically. I know he likes to wind me up about things I'm passionate about: I suppose I would think something was very wrong if he suddenly started to sing from my hymnbook. Recently we've crossed words on the subject of nationality. My brother-in-law is a Yorkshireman who would possibly make his home county a republic if he could. Years of living and working overseas have done little to dull his Northern accent and I believe he still thinks Britain has an empire. He would prefer his nationality to read as English, rather than British. I've told him that I respond very little to the nationality on my passport: it simply relates to the place of my birth. I have always felt part Irish and part Belgian. The Irish part is not further dissected into northern or southern for me, yet the Belgian side is strongly Walloon (French). Absence has failed to dilute my brother-in-law's sense of belonging; and I can easily empathise with this view, although I'm be looking through the opposite end of the telescope.
I believe I've inherited the strongest ideals, fears and passions of my parents and their ancestors; including people I never knew. That's what I believe runs through my veins. There is no English blood there, yet I don't feel "foreign" or "estranged". Born in south London, I will always have an affection for the region: my childhood memories and significant people and places are still stitched to that backcloth. But in Brighton, I feel I've found a home: beyond the obvious bricks and mortar and roof tiles. In an area where I knew no-one and have no family links or formative memories, I feel I've found a place which will nurture my future. The Brighton I live in is far from glamorous: employment, always seasonal, could now be described as rare. Property prices are high and living costs roughly the same as in the capital, but the average wage in Brighton is currently several thousand pounds a year less than the National Average Wage. Previously grand period houses sit derelict while homelessness becomes more visible in every quarter of the city. It doesn't take much for traditional British seaside-glamour to become rundown and seedy. But I love it here. It doesn't feel as though I've started a new life here as much as just woken up to who am and where. When I visit London I feel like a fish out of water. Here, I feel that I might find just the right size pond for myself. 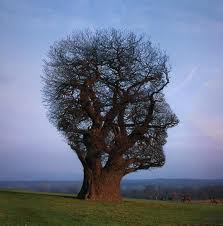 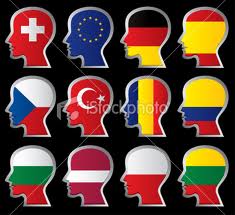 My passport says I'm British: I feel I'm the blend of my parents' and of my own encounters on my way to Here. I understand what it means to be European; I'm choosing stay with Britain because of familiarity and fondness, and Brighton has become my new hometown. Other places around the world have touched me and maybe more will in the future: I haven't had a chance to revisit Australia for a few years now, but a particular shot of Mrs Macquarie's Point or the streets of Paddington in Sydney can move me to tears. Places can be great loves as much as people. And no matter where you originated from, have emigrated to or gained citizenship of, ideally you should be able to belong to and take pride in that country, county, town or community that moves you. "Belonging" can be as broad or is intrinsically intimate as you need it to be.
Traditionally, nationality has been based on "Jus Soli", right of the soil or territory, or on "Jus Sanguinis", right of blood; or a mixture of both. Jus Soli grants nationality by place of birth; Jus Sanguinis, by virtue of where one or both parents were born. The textbooks will confirm that nationality is the status of belonging to a nation by origin, birth, or naturalisation. I understand naturalisation by experience: my father lived and worked in England for more than fifteen years to attain British nationality by naturalisation. Following World War II, the huge rise in population due to globalisation and the sharp increase in numbers of refugees suddenly created a class of stateless persons. My mother and father referred to them respectfully as "displaced". Naturalisation laws were created because recovering western democracies were simply not equipped or prepared to accommodate massive de-nationalisation, nor the mass expulsion of ethnic minorities from newly created states. My father's situation wasn't quite as dramatic: he held a Belgian passport and found work in Britain interpreting and translating for consuls and embassies; he also taught French and English. He was informed that his professional status and reputation could only benefit from his naturalisation. In fact, my Dad worked constantly while I was growing up and he achieved British nationality only the year before he died, aged fifty nine. His accent was as strong as ever, and his professional reputation was such that Mum was still receiving letters of condolences from overseas students and ambassadors two or three years after he died.
My sister was born in Belgium and spoke nothing but French until she landed in South London at the grand age of seven. Her nationality was given as Belgian, although I assume she was included on our mother's British passport at that age; even though Mum would have argued that she herself was Irish! When my sister was over the age of twenty one, she was offered dual nationality - she promptly chose British sole nationality. My sister seems to have shed her Belgian skin quickly and easily: by the time I was born, she had forgotten her first language completely; by her own admission, she cannot master French to this day. Forever bonded by good, loving parents, we are very different. My sister is quintessentially English, rarely even expanding to call herself British. She doesn't share my interest in Belgian politics or Irish folklore, and I feel the absence of that. Yet her identity is strongly self-determined.
Paradoxically, I may not feel innately British, but my own nationality is qualified by both Jus Soli and Jus Sanguinis; I was born in Britain and at that time, one of my parents was defined as British in her passport. In fact, my mother always maintained that she was Irish by birth and I would never refer to her as Northern Irish. When Mum was born, in the north of Ireland, Britain hadn't yet claimed six counties; Ireland hadn't agreed the treaty that effectively created Northern Ireland. I don't wish to get too political here, but I feel this scenario illustrates the complexity of nationality. Incidentally, having already touched on the enigma of Irishness elsewhere on this blog, my Catholic cousins and their Protestant spouses in that region refer to themselves and each other simply as Irish. 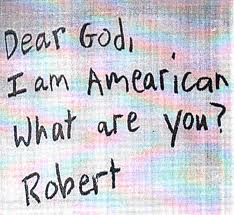 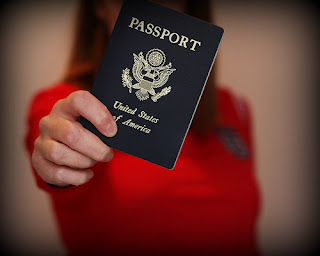 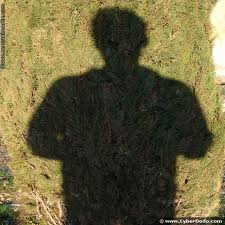 "After the spiritual powers, there is no thing in the world more unconquerable than the spirit of nationality."
George William Russell

"This is Your Land"  Simple Minds

"Land"
(Carol Ann Duffy)
If we were shades
who walked here once
over the heather, over the shining stones,
fresh in our skin and bones
with all of the time to come
left to be us,
if we were dust,
once flesh, where a cloud
swoons on the breast of a hill,
breathing here still
in our countable days,
the words we said,
snagged on the air
like the murmuring bees,
as we lay by the loch,
parting our clothes with our hands
to feel who we were,
we would rather be there
than where we are here,
all that was due to us
still up ahead,
if we were shades or dust
who lived love
before we were long dead. 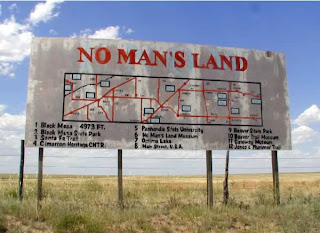