Long before Aled Jones: the first Songs of Praise 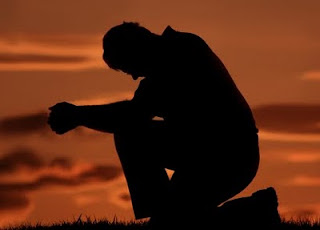 I﻿'ve recently acquired a beautiful little book, the Grail translation of the Psalter, the Book of Psalms. The Psalter is the prayerbook of the Israelites, comprised of one hundred and fifty psalms. For those unfamiliar with the Psalms, they are a treasury of the hopes and fears, successes and disappointments, loves and losses of the people of Israel. The Book of Psalms is one of the greatest collections of songs and prayers, expressing the realm of the passions of humanity. Subsequently, Psalms have been used through the ages as Christian expressions of joy and in crisis.
The Psalms are sheer poetry: not cold, reasoned prose but deeply emotional works which use dramatic language and emphatic figures of speech. I find the Grail translation particularly accessible whilst still being incredibly vivid and melodic. Unlike most conventional and certainly traditional English poetry, Hebrew poems were not dependent on rhyme. Rhythm and balance provide the structure, consisting of a regular number of stress-beats per line. Some of these rhythms are adaptable to particular types of songs. The Psalms were written for singing and were intended for public worship in the Temple: singing, dancing and music were essential elements of the liturgy of the Hebrew Temple. The word psalm from the early Rabbinic Hebrew means "song of praise"; in ancient Greek, psalmo is "song for the lyre or harp." Another feature of their structure is the parallelism of the lines: ideas may be expressed once positively, then again negatively, or vice versa: "Even darkness is not dark for you, and the night is as clear as the day."
The imagery of the Grail translation is strikingly evocative of nature and the landscape of Palestine: the dry, thirsty land and the life-giving water; the fertility of the vineyards and olive groves; God is the rock, as a refuge or a stronghold. God's omnipresence is in nature; He is the thunder, the lightning and the earthquake. The God of the Israelites is a majestic warrior-king, but also a powerful and protective Father. 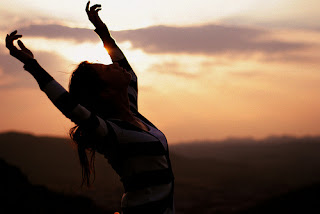 The Psalms are historically attributed to King David, held to be the founder of the Temple Liturgy. Subsequently, many of the Psalms have been prefaced by a title relating to a significant event or period in David's life. Historically, David was the second king of the United Kingdom of Israel, having ruled over both Israel and Judah. His life is traditionally dated to 1040 - 970 BC. Although not infallible, he's depicted as a righteous king, an acclaimed warrior, and skilled musician, and poet. The actual composition of the Book of Psalms spans more than a thousand years and cannot simply be limited to David himself.  Some of the earliest Psalms may have been written by Moses, predating David by five centuries. David's son, King Solomon, may have followed in his father's footsteps by writing some of the Psalms, as well as the Book of Proverbs. There are some which appear to based on ancient Canaanite hymns, retaining the essence of the Canaan religion which predates the Israelites. Some sing of the triumphs of the monarchy in Jerusalem, some lament captivity in Babylon. Others celebrate Israelite festivals in Jerusalem, national victories and the hand of God in the history of Israel. And some poignantly plead for deliverance from trials and tribulations.
The Psalms have been used throughout Christianity: they would have been part of the daily prayers of Jesus, his mother Mary and the disciples. According to the Gospels, Jesus quotes the Psalms to demonstrate his fulfilment of scripture. Used for centuries in monastic and priestly prayer, a quotation from the Psalms is always used as the response to the first of the Readings at Mass. Originally translated from Hebrew into Greek centuries later, interpretation has joined some of the Hebrew poems together and split others into separate ones. Generally, this means that the numbering in Hebrew is one higher than in Greek. The Roman Catholic liturgy traditionally preserves the Greek numbering, but modern Catholic translation often defers to the Hebrew system. Many manuscripts now also include a Psalm 151, after a Hebrew version of this poem was found among the Dead Sea Scrolls. The Psalms are presented in a different order there, also containing a number of non-canonical poems and hymns in the same style as the Psalms. Psalm 119 is the longest of the poems, composed of 176 verses; it's also the longest chapter in the Bible. The shortest chapter of the Bible (and the shortest Psalm), is Psalm 117.
The most faithful use of the Psalms is probably as a beautiful prayer-history of Israel, reflecting God's guidance and love for His people. Some Psalms began as private devotions while others were purpose-writ for public worship. Ultimately, the Psalms are addressed to God or lead to the worship of God.  But they're also perfect for personal meditation and affirmation; whether you're Christian or not, the Psalms are wonderfully lyrical and uplifting.﻿ 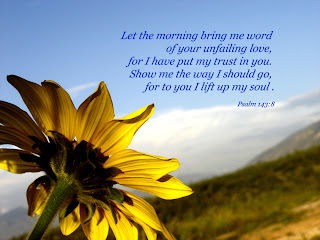 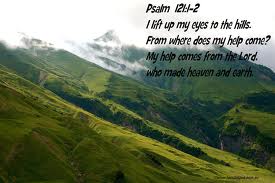 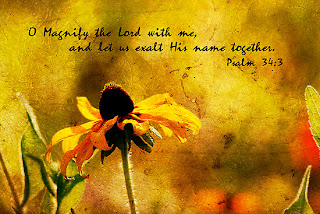 Psalm 14 (15) "Moral Code of a Good Man"
Lord who shall be admitted to your tent
and dwell on your holy mountain?
He who walks without fault;
he who acts without justice
and speaks the truth from his heart;
he who does not slander with his tongue;
he who does no wrong to his brother,
who casts no slur on his neighbour,
who holds the godless in disdain,
but honours those who fear the Lord;
he who keeps his pledge, come what may;
who takes no interest on a loan
and accepts no bribes against the innocent.
Such a man will stand firm for ever.
Psalm 120 (121)  "God the Protector: A Pilgrimage Song"
I lift up my eyes to the mountains:
from where shall come my help?
My help shall come from the Lord
who made heaven and earth.
May he never allow you to stumble!
No, he sleeps not nor slumbers,
Israel's guard.
The Lord is your guard and your shade:
at your right side he stands.
By day the sun shall not smite you
nor the moon in the night.
The Lord will guard you from evil,
he will guard your soul.
The Lord will guard your going and coming
both now and for ever.

"The Lord is My Shepherd"  The Choir of Wells Cathedral

"Turn, Turn, Turn (To Everything There is a Season)"  The Byrds
"By the Rivers of Babylon"  The Melodians