"﻿Any woman who chooses to behave like a full human being should be warned that the armies of the status quo will treat her as something of a dirty joke. That's their natural and first weapon"
"The authority of any government must stop at it's people's skin"
(both Gloria Steinem) 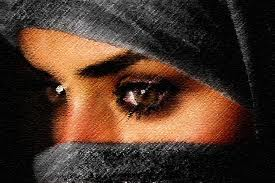 Thank God you are not an Egyptian woman with a heart and brain who also wants to have a voice in her country today.
Earlier this month, an Egyptian military court acquitted an army doctor charged with carrying out a forced virginity test on a female detainee during last year's civil protests. Samira Ibrahim, a twenty four year old political activist, said she was forced to undergo a test last March. Hers and other similar cases have enraged dissenters against the generals who took control of Egypt when Hosni Mubarak was driven from office in February 2011, after what was called a popular uprising. Samira was one of seven women who said they had been forced to undergo such humiliating tests to determine if they were virgins while in detention. She received a sentence of a one year suspended custodial term for insulting the authorities, joining in an illegal assembly and breaking the curfew.
On 9th March 2011, Samira decided to participate in a sit-in in Tahrir Square, Cairo. Military police evacuated the square, violently dispersing protesters. Samira was detained, along with a number of other women who had been at the demonstration. They allege they were beaten, given electric shocks, strip-searched and said they were forced to undergo virginity tests while being exposed, insulted and video-taped. Dr Ahmed Adel, an army conscript, was acquitted of testing Ibrahim against her will. The court has claimed the ruling was issued due to conflicting witness accounts. He had been accused of public indecency after an initial charge of rape was dropped. The defendant's lawyer told reporters that the case wasn't initially strong and had only been enabled to be brought due to international media pressure. Indeed, getting the case into court in the first place could be considered a victory for the female protesters: it raised hopes for the further trials of those accused of the abuse. Before the hearing, Amnesty International said the court’s decision would “show if Egypt’s military courts are prepared to offer any redress for female victims of violence by the army.” Amnesty's Middle East and North Africa Director,  Hassiba Hadj Sahraoui said that "Ever since this unacceptable episode, which is nothing less than torture, women protesters have repeatedly faced beatings, torture and other ill-treatment at the hands of Egypt’s army and security forces.” The revealed army practice had sparked a national outcry last year and naturally stained the reputation of the governing militia. Public outrage and disgust increased after a general was quoted by CNN, saying tests were carried out to prove the women were not virgins when they were detained, so they could not say they were raped in detention. A spokesman for the Egyptian army subsequently denied the comment.
Infinitely more surprising than an Egyptian military tribunal finding one of its own not guilty, is that the case went ahead at all. Samira was incredibly brave to take on not only Egypt's masculine leadership but also her country's deeply ingrained, damning attitude toward women. Human Rights activists have stressed that the military rulers have taken full advantage of the nation's oppressive view of female equality. Samira has had to deal with reputation smearing in the Egyptian media, clearly steered by the militia. From the outset of the case, military generals were issuing inflammatory and defamatory statements, saying that the women who joined the protests at Tahrir Square were females of low morals and ill repute. The "virginity tests" themselves were of course an extreme violation of the body and, in a country such as Egypt, the ultimate smearing of a woman's reputation and character. Once the woman has been subjected to such a test, even if previously a virgin, her body has been soiled or even "ruined", her status forever diminished, her self respect destroyed. Every area of her life as a Muslim woman in the Middle East will be impacted. Social analysts have also warned of other consequences of this abuse of female protesters by the forces, saying it may cause national outrage among the Egyptian public, and even a disintegration of society's morals in a nation which has prided itself on it's respect for women. In December, a civilian court ruled that the army should end the practice of virginity tests: a military judicial official then said cases of reported forced virginity tests had been transferred to the Supreme Military Court. The world now realises that this was calculated lip service. 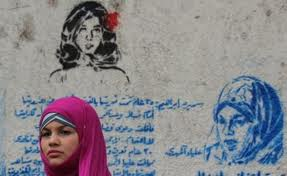 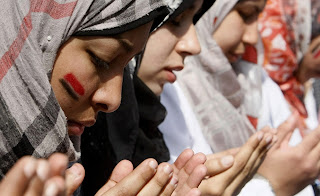 Last week, protesters gathered outside the court, chanting: “We demanded dignity and change. Instead they stripped our girls in Tahrir." This is reference to the particular disrespect and savagery the militia has meted out to young female protesters since last December. The shamelessly brutal way the protesters were dealt with was captured for the World Wide Web, sending shock waves through the international community, along with the sickening images. At least ten protesters have been killed and hundreds wounded in the violence. Earlier this month, one of a group of peaceful protesters outside the cabinet offices was detained to be beaten up by troops. Graphic video footage shows several militia mercilessly attacking the lone, unarmed female, beating her into the ground and then pulling up her clothes and dragging her exposed, dazed and bleeding through the streets. One riot police officer can be seen kicking her savagely in the chest. It's pitiful and disgusting to watch. The troops are reported to have almost routinely stripped female protesters of their headscarves to drag them along the ground by the hair, before kicking them in the head until they lie motionless. The violence alone is staggering, but the additional focused sadism and misogyny have no place in the ranks of those pledged to govern and protect. This kind of behaviour has no defence in Islam, it is not becoming in any soldier; it is an abuse of power and strength that demeans manhood.
The presence of the international media has certainly not discouraged the troops' brutal activity. There are widespread calls for the ruling Supreme Council of the Armed Forces to relinquish control immediately. The SCAF grabbed power following the popular revolution that toppled the former Egyptian dictator Hosni Mubarak last February. Initially, the SCAF promised to hand over to a civilian government as soon as practically possible: of course, they are now refusing to do this. Thousands of Egyptian women had taken part in the eighteen day uprising last year; everything seemed to change from day nineteen. Women were subsequently told by the new regime that similar activism would be seen as opposing Islam and that it would decide when the time would be right to talk about any female agenda. Obviously, this is shockingly disappointing news, particularly as such traditional Egyptian groups as the Muslim Brotherhood have been accepting of women in the public sphere. Protesters now say that the SCAF has simply continued with the ruthless bullying and violent practices of the former regime. There's a new chant now which rings out amongst the protesters, until it's silenced; "This is the army that's protecting us."
And what of brave Samira? Egyptians rallied in Cairo last Friday against the military tribunal ruling and in Samira's support. Hundreds of supporters carried her photo aloft and chanted their support. Her decision to come forward at all, and then to proceed with such a case, has challenged social taboos in the Arab Muslim world, where female victims of sexual abuse can often be vilified and punished, rather than the abusers. Samira has said she intends to bring a lawsuit against the militia in an international court, as she now has little chance of winning an appeal in the Egyptian legal system.
“I am determined to prosecute them,” she says, “I will not give up." 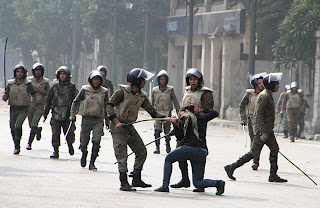 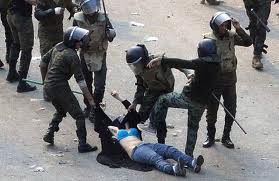 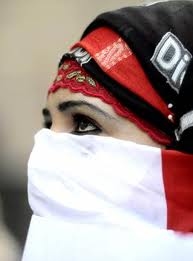 "The tyrant is only the slave turned inside out"
(Egyptian proverb)