Here's to those who turn Concern into Action 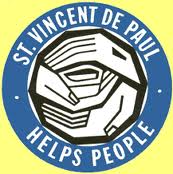 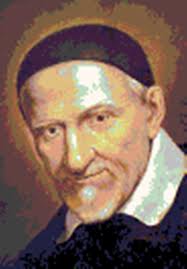 I'm now a proud member of the Catholic Women's League; the Guest Speaker at our March monthly meeting was Tom Turnbull, president of the Lymington branch of  the St Vincent De Paul Society. He's also married to Ellen, longstanding and formidable Catholic Women's League member. A wonderfully warm and devoted couple, they celebrated their Golden Wedding Anniversary earlier this month. I really appreciate their friendship and I believe people like Ellen and Tom enrich other people's lives by association! Tom's been a member of the St Vincent De Paul Society for a staggering fifty six years and he spoke about the history of the Society and his own involvement with humour and affection. I've wanted to know more about the Society for a while now: my late Mum was a fan of both the CWL and the SVP. She and my Dad came to London from his native Belgium with suitcases and one young daughter (my sister - I was still a twinkle who would take another two years to materialise and start bawling for food).  They literally had nothing as my father set about finding work; the CWL offered my mother friendship and support, and the SVP literally furnished their flat and dressed my sister for school. The baby bath  that I feature in in so many embarrassing "fat baby" photographs came courtesy of the SVP.  Almost traditionally, I've given unwanted bric-a-brac and clothes to my local SVP shop in Brighton - and found some very pretty summer dresses in there. Yet I'd known very little about formation of the Society and their work, which stretches far beyond the high street. Today, the SVP is an international Christian voluntary organisation dedicated to tackling poverty and disadvantage by providing direct practical assistance. 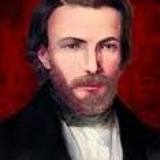 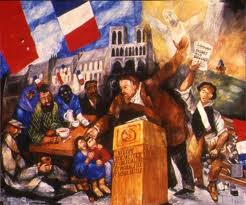 The Society was founded in post-Revolution Paris in the spring of 1833 by a group of idealistic Catholic students at the Sorbonne. They were led by Antoine Frederic Ozanam, known as Frederic; the privileged son of a Milanese doctor and a silk heiress. A gifted scholar, he would later become professor of law at the University of Lyon and professor of foreign literature at the Sorbonne. He urged the young students to put their faith into action by providing direct help to the poor, in the image of Christ.  Frederic had already taken up journalism and frequently contributed to the "Tribune Catholique", a French Roman Catholic daily newspaper run by established journalist Emmanuel Baily. Both Baily and the newspaper took a strongly ultramontane stance, emphasising papal authority over any temporal hierarchies; a courageous position in 19th century France. There were frequent violent clashes between the working classes and the powerful; cholera was prevalent and dead bodies often lay decaying in the streets.The young men were spurred on by their association with the older Baily, and were further inspired by the support of the Daughters of Charity; the distinctively cornetted "butterfly" nuns founded by St Vincent De Paul. Sister Superior of the order, Rosalie Rendu was a particular help to them: she had already opened a free clinic, a school, an orphanage, a mother and child care centre, and a home for the elderly.
With Sister Rosalie's assistance, the young companions made their first contact with the poor. Her good work made her a household name and the new group initially gained respect because of their association with her. Dedicated to caring for both the temporal welfare as well as the spiritual needs of disadvantaged and marginalised people, the new Conference of Charity was born. Inspired by the dedication of missionary priest St Vincent, also the founder of the Vincentian Fathers, the group later adopted his name as well as his principles. Vincent De Paul was a Catholic priest, born to a peasant family in 1581 in Gascony, France. Aged 24, whilst travelling home from a visit to Marseilles, he was taken captive by Turkish pirates. Like St Patrick, he was sold into slavery, in Tunis. Due to his devout faith and eloquence, he was able to escape after converting his master to Christianity. He returned to France with a renewed compassion and sense of purpose, devoting the rest of his life to those most deprived in society, living and working among them. His conviction was: “If you visit the poor ten times a day, ten times a day you will find God there." He was canonised in 1737 in recognition of his dedication. 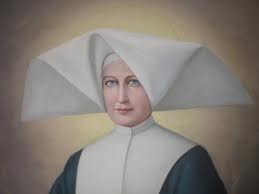 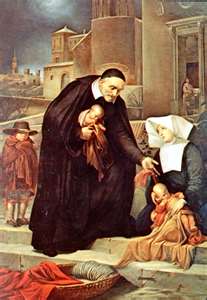 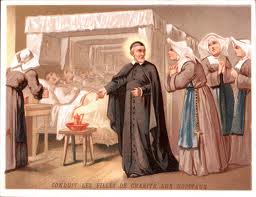 Initially, regional chapters were formed across France, each area group known as a "conference". In 1844, the first SVP conference was formed in England and Wales. In 1860, Cardinal Wiseman, the first Archbishop of Westminster, commissioned the SVP to publish a Catholic newspaper, a successor to the "Tribune Catholique". Catholic weekly "The Universe" has been in publication ever since and remains the best selling Catholic newspaper in the UK and Ireland. The SVP grew from strength to strength and is now active in more than 148 countries; global membership has swelled to around 600,000. Today, there are more than 1,000 conferences across England and Wales, with a membership of over 10,000. Conferences are often based in local parishes and schools. The first women's conference was formed in 1962: initially there were only single-sex conferences. In 1967, the first aggregated mixed conference was held in England and Wales. Nowadays, woman account for more than half of all members; and membership is granted irrespective of gender, race, ideology, age and background. Fittingly for a charitable organisation founded on youthful vigour and enthusiasm, there are now Youth Conferences, some linked to universities. In 2010 there were approximately 2,500 young SVP members working in the community. An annual camp, Camp Vincent, supports them in their development, as well as a variety of regional events.
Having joined the SVP in Peterlee in his native County Durham, Tom spoke movingly of his involvement with under-privileged families. He was often aided and abetted by Ellen, who would learn of family hardship at the school gates and discreetly pass contact details on to her husband. This kind of family-based contact may well have been how my Mum and Dad were initially assisted by the SVP in south London. The Society still offers practical help with furniture, soup runs and Christmas parcels, as well as non-judgemental debt counselling and benefits advice. The reasons for people's financial difficulty may be varied and more complex these days, and specific training is available to members to ensure that people are empowered to change their situation, without creating dependency. The SVP aims to help anyone in need if it is within the membership’s capability to do so, always maintaining dignity and confidentiality.

The core work of the Society remains the commitment to visit and befriend the lonely and isolated: offenders and hospital patients who may have no other visitors; those who are elderly and disabled; those struggling with addictions. The unique character of the SVP is founded on forging valuable relationships based on trust and friendship through regular visits with personalised care.  Support may extend from sharing a chat over a cuppa to shopping, DIY and gardening, completing official forms and correspondence. Visiting prisoners is precious, specialist work. Tom was a regular prison visitor, but it is also possible to visit an individual prisoner at their request. Visits are also made to prisoners' families and childcare is provided to help prisoners' relatives visit them. Many SVP visitors assist the prison chaplains in their work. 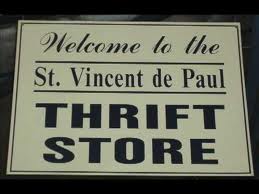 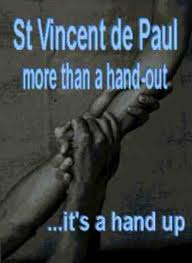 The Society's furniture projects, so essential in ration-book Britain, are as well used and much loved during these times of recession. The SVP runs several furniture projects across England and Wales, including three in the Arundel and Brighton area, providing free furniture to those in need. The furniture projects collect as well as deliver: please bear this in mind when you upgrade your bed or sofa, or inherit auntie's "hideous" chairs or crockery. Around 5,000 individuals and families received essential household ware last year; other fat babies still need baby baths as much as I did. There are currently more than thirty SVP shops across the UK, including Brighton's local friendly emporium on the Lewes Road. The shops are generally situated in deprived areas, providing low cost clothing and household goods. The SVP staff also still provide a listening ear; passing on contact information and arranging visits in the Society's tradition.
Tom explained how the Society extends care across the ages, running holiday camps for disadvantaged children, providing caravans in the UK at various locations and a family holiday centre in north Wales. Meanwhile, there are sad reports from Ireland that requests for the SVP to cover funeral costs have risen by fifty percent; the Society also offers support with bereavement and a caring presence at funeral services if required.
Tom's Lymington SVP Conference was formed six and a half years ago and is twined with a conference in India. An annual international Day of Recollection is held on 27 September, the feast of St Vincent De Paul; the SVP motto "Turning concern into action" remains strong and constant. The aim of the Society is the same today as it was at its conception in the 19th Century: to tackle poverty in all its forms. M. Ozanam died of consumption in 1853 at the age of forty and was beatified by Pope John Paul II in 1997. The Blessed Frederic Ozanam would be proud of The Society of St Vincent De Paul at work in the world today and of the people it inspires, such as Ellen and Tom. 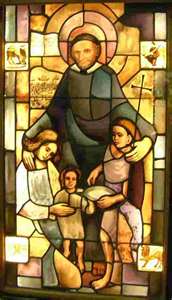 "May we carry gifts to the poor; and to the rich, words of gratitude"
Blessed Frederic Ozanam - SVP Founder 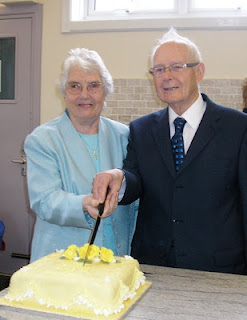 Photo: Tom and Ellen family album
My lovely friends Ellen and Tom, celebrating 50 years of happy marriage this year and a shared commitment to The Society of St Vincent De Paul.
"If I Can Help Somebody"  The Statesmen
Posted by Gigi at 2:56:00 pm