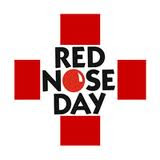 "As you grow older, you will discover that you have two hands, one for helping yourself and the other for helping others."
(Sam Levenson)


There is a Hebrew word for "charity" which is "tzedakah"; it literally translates as JUSTICE. Yesterday was the 25th anniversary of "Red Nose Day" (RND), the highlight and major appeal day of British charity "Comic Relief". The charity was founded in 1985 by comedian Lenny Henry and scriptwriter Richard Curtis, in response to the famine in Ethiopia. It was launched on Christmas Day, from a refugee camp in Sudan. The charity's maintained aim is to bring about positive, lasting change in the lives of disadvantaged people, investing in work that addresses immediate needs and tackles the root causes of poverty and injustice. It's maintained principle is that every pound donated is spent on charitable projects; all operating costs and salaries are covered by corporate sponsors or any interest earned on collected funds before they're distributed. 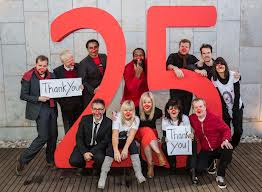 RND was launched on 5th February 1988 as a national day of comedy and corporate and personal fundraising. The day traditionally culminates in a BBC telethon. It appears that we need comic, light relief to stem the deluge of heart-breaking films showing life and death in what we too readily refer to as the Third World. More than a quarter of a century after the images of famine on an apocalyptic scale flickered on our screens, accompanied by appropriately emotive pop music, we are still being asked to give.
Personally, I wish I had a pound for every time I've heard someone moan: "the famine's still there, so giving five, ten, twenty years ago didn't do any good". Today, there other children starving; so many of those featured in previous RND films and documentaries will have died. Hunger is as naturally occurring as greed and lust. You and I will probably "feel" hungry at some point during every day throughout our lives,  yet will have no comprehension of what hunger actually is.
People don't volunteer to be born poor or in disadvantaged, stricken or war-torn regions. Good fortune places us this side of the TV screen. For years, I watched the RND telethon with my Mum. Invariable at some point during the evening we would both be in tears and she would say "Phone now", asking me to also donate on her behalf, from a basic, unsupplemented state pension. It always moved me that Mum, by no means a saint, would give to people in parts of the world she had never learned about in school and couldn't name, even as someone whose own income and expectations seemed so restricted.

I've made a bit of a song and dance about not being able to have a glass of wine or slice of sticky-toffee cake for my birthday, falling part way through Lent. The blatant truth is that I chose to give up those things, and for a very limited time. With two hands and fresh vegetables to cook with, the want of cake and Pinot Grigio will never kill me. I'm ashamed that I frequently say I'm too broke to go for a meal out, to get the bathroom sorted, to go on holiday; I have no real concept of what it means to be broken.
Of course Comic Relief funds projects "locally" too; with a growing reputation for initiatives responding to and educating against domestic abuse. But as I grow older, the world somehow seems a much smaller place. I find the whole "Charity begins at home" plea tedious and quite despicable. This earth houses us all, but supports some much more comfortably than others. There is only one world, however much we spout about the first, second or third. You don't need to be a God-botherer or a tree-hugger to appreciate the obscenity of any child wasting away for the want of water, rice, mosquito nets or basic medicines; it's irrelevantl where that child was born or who to.
Over the years, Comic Relief has raised well over £750 million; last night's telethon total will add another record breaking £75 million. Obviously we can continue to donate throughout the rest of the year.
I'm not a fan of the "Reality TV" phenomenon: I think it panders to and then feeds off the worst excesses and inadequacies of human nature, turning it as entertainment. Generally, it's cheaply made television which makes celebrities of those who shout the most. Last night, I watched the most raw, damning reality TV of all. A tiny African boy, ironically called Victor, expired on camera. His parents couldn't afford to pay for the morgue, so the local hospital allowed them to lay him in their laundry over-night. Wrapped up on the shelf, he could have been just another bundle of soiled rags. A fiver could have kept him alive: half a pizza, less than a pint of Guinness, a couple of goes on the lottery.

"You will find out that Charity is a heavy burden to carry, heavier than the kettle of soup and the full basket. But you will keep your gentleness and your smile. It is not enough to give soup and bread. This the rich can do.
It is only for your love alone that the poor will forgive you the bread you give to them."
(St Vincent de Paul)

"While we do our good works let us not forget that the real solution lies in a world in which charity will have become unnecessary."
( Chinua Achebe)