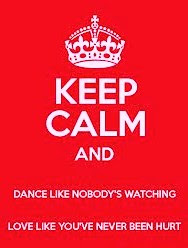 "You yourself, as much as anybody in the entire universe, deserve your love and affection."
(Buddha)

The other day, I popped into church to light a candle for a friend. I exited onto the street, a short distance away from another woman who I know only to nod to. A man walking past turned to look at us and the church behind us. "Catholics!" he snorted, "You don't know whether you're coming or going these days!" I assumed this outburst was fueled by the current focus on alleged Cardinal sins. Sometimes, you come up with the perfect subtle yet incisive riposte, but it's hours or days after a challenging remark or put-down In this instance, my mouth just yapped out the first thing that came into my head: "No, but we're still here!" The other woman, probably in her late sixties, wearing very sensible shoes and carrying a possibly even more sensible bag of shopping from M and S, suddenly let out a raucous "Yeah, deal with it!" After this display of random but surprisingly satisfying unity, the man scarpered up the road; the woman and I set off in different directions.
Recently, there have been several seemingly authoritative reports concluding that the Catholic Church will now need to reflect on her way forward, particularly as she chooses and embraces a new pontiff. In fact, the Church will always need to reflect; she's the Church, for goodness sake. Of course, the Papal Conclave may well instigate more particular and specific dialogues, to be welcomed by many of us. Essentially, much as others might want her to disappear in a cloud of non-Vatican smoke, the Church isn't "going" anywhere in the most basic sense, but will continue to reach wherever we may be.
A lot of pointed and sometimes pointless commentaries will be made about the latest scandal in the Catholic Church in coming weeks, in and outside of the media. This post is sincerely not intended to join in such speculation. I'm not belittling the seriousness of any individual's situation, nor any future implications for the Church as a whole. But to paraphrase an old saying, faith and people can be a bit like teabags: you may not appreciate their strength until they're in hot water. The Catholic Church does expect a lot from people; in turn, we ask much more of her priests and effectively heaven and earth from the Church herself.
I do feel that although religion is sculpted and organised by man, faith is naturally occurring. I know that I'm still very ignorant about Catholicism, but my own rather unpolished faith feels instinctive. The truest friendships seem intuitive to me; it's instinctive for me to light a candle sometimes when I sense someone is feeling lost or dark. This is what I was doing the other day; this post is also partly for that friend, even if they never read it.
Unusually for me, I have no idea where I copied this prayer from, nor who originally composed it: it was nesting in one of my scribble-books. I've resisted the urge to Google it; also rather unusual for me. It's occurred to me that it doesn't matter where or who a wish, blessing, prayer or indeed faith comes from, simply where it's intended and who it might touch along the way.


*Prayer For Unfailing Strength*
Do not look forward to what may happen
tomorrow; the same everlasting One who cares
for you today will take care of you tomorrow and
every day. Either He will shield you from suffering,
or He will give you unfailing strength to bear it.
Be at peace, then. Put aside all anxious thoughts and
imaginations, and say: "You are my
strength and my shield. My heart has trusted in You
and I am helped. You are not only with me but in me,
and I in You."

"Wherever You Will Go" Charlene Soraia


"No man who is occupied in doing a very difficult thing, and doing it very well, ever loses his self-respect."
(George Bernard Shaw) 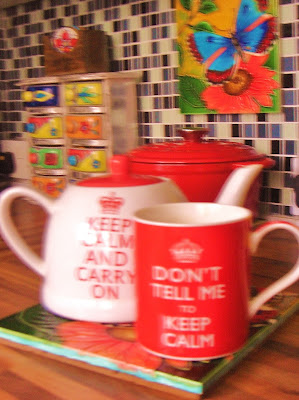