"You are a child of the universe, no less than the trees and the stars;
you have a right to be here.
And whether or not it is clear to you, no doubt the universe is unfolding as it should.
Therefore be at peace with God, whatever you conceive Him to be,
and whatever your labours and aspirations, in the noisy confusion of life keep peace with your soul.
With all its sham, drudgery and broken dreams, it is still a beautiful world.
Be cheerful. Strive to be happy."
(From "The Desiderata", Max Ehrmann)
﻿
﻿
Yesterday, 21st June, was the Summer Solstice. A solstice occurs twice a year when earth's semi-axis is most inclined towards the sun, when the sun reaches the highest position in the sky as seen from either of the poles. The summer solstice occurs on the day that has the longest period of sunlight outside of the polar regions, although the solstice itself is effectively an instant in time. The word derives from the Latin for sun-stopping - "solstitium".
The June solstice marks the first day of the summer season in the northern hemisphere. On this day, the sun doesn't rise precisely in the east, but rises north east and sets to north west, enabling it to be in the sky for a longer period of time. In the southern hemisphere, the June solstice is the shortest day of the year, when the sun is furthest from the equator.
The solstice has remained a special moment in the annual cycle of the year since Neolithic times. The solstices and equinoxes were essential to the development and maintenance of calendars. The seasons and weather played a huge role in people's lives, particularly in the cultivation and harvest of crops. Over the centuries, the June solstice has been a time of ritual, celebration and festivities. In parts of Scandinavia and the Baltics, it's the most important holiday time after Christmas and New Year's Eve.
Originally a pagan holiday, in Christianity the mid-summer solstice became associated with the birth of John the Baptist, whose feast occurs on 24th June: the gospels imply that John was born six months before Jesus. The celebration of St John's Eve evolved from the ancient festival of Midsummer's Eve; summer solstice. On this night, people gathered "magical" golden-flowered plants such as Calendula and St John's Wort, still renowned for their healing properties. Bonfires were traditionally lit to guard against evil spirits, and witches were said to be seen gathering or meeting with other mystical beings. In the 7th century, St Eligius warned the newly converted people of Flanders against pagan solstice practices, saying there should be no dancing or leaping on the feast of St John the Baptist. 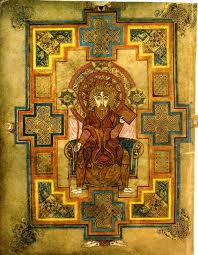 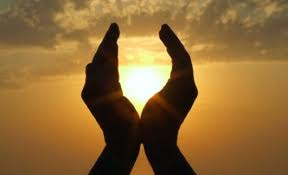 Summer Stolstice Prayer
(Anonymous)
In gratefulness we lift our eyes;
With loving thoughts in heart,
We give thanks for all things good.
For blessings the Creator imparts.
Let our hearts be ever glad.
For beauty that abounds
And gives a taste of heaven's glory
When summer comes around.


"Crystal" Stevie Nicks
"Your soul alone has the map of your future, therefore you can trust this indirect, oblique side of yourself. If you do, it will take you where you need to go, but more important it will teach you a kindness of rhythm in your journey.
"No-one else has access to the world you carry around within yourself; you are its custodian and entrance."
(John O'Donohue)
Posted by Gigi at 8:20:00 pm