Catholics - parts one, two and three 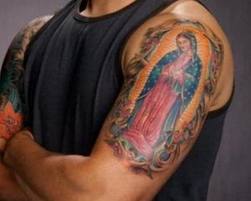 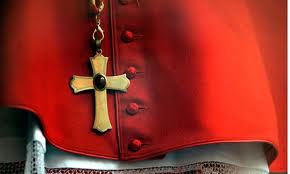 "I will give you shepherds after my own heart"
(Jeremiah 3.15)


A new three part series of documentary films opened on BBC4 last night, simply titled "Catholics". The episodes focus on priests, children and finally women. The series was commissioned by BBC4 controller Richard Klein. "Catholic Christianity is at the very centre of many of the Western world's cultural and institutional sensibilities, and yet Catholics today can feel at times like they are set apart from mainstream society. So this is a series that asks a simple question: what is it like, being a Catholic?" Klein  has said. The Archbishop of Westminster, Vincent Nichols, has recommended the series, praising it's sensitivity and "great beauty".
The Diocese of Westminster featured heavily in last night's episode, filmed mainly around Allen Hall in Chelsea; one of only three remaining Roman Catholic seminaries in England. Bafta nominated filmmaker Richard Alwyn directed and produced the series and seems to have been allowed extraordinary access to the seminary and some of the men there, at various stages of their journey into Catholic priesthood. This lent the programme exceptional candour. Alwyn was allowed to film at the seminary for six months. Training for the Catholic priesthood is long: the Catholic church prefers to call it "formation". Usually, 2 years of "in-house" instruction and guidance will be followed by a year of practical placement within a parish, culminating in a three year Theology degree. We were shown that the instruction at Allen House covers Latin and Greek, philosophy, the Liturgy and more particular subjects such as celibacy and "special morality"; the latter including war. It costs around £20,000 a year for each seminarian to receive formation at Allen Hall. Although the Catholic church has struggled to recruit young men to the priesthood in recent years, there are currently 45 seminarians at Allen House: a ten year high. However, it must be noted that, with 5 million Catholics in Britain today, only 19 priests were ordained across England and Wales in 2010.

We met some of the seminarians,  most memorably Robert Hunt in his first year. Robert described himself as a "cradle Catholic", but said he had felt he had as much chance of becoming an astronaut as a priest when he was younger. Slightly terse and with a dry, almost dour humour, he made me think of comic Ade Edmondson if he were ever to become a monk. Robert had been in several "imperfect" relationships and had spent ten years of his life as a a roadie for a rock band. He'd always felt that his taste in music wouldn't be appropriate for the seminary; he'd brought his cds and downloads with him, along with his boxed set of The Sweeney for light relief. He pointed out that he still has female pin-ups, although these days they tend to be Saints Bernadette and Therese of Lisieuix.
In his final year of the seminary, Andrew Gallagher is 30 years old. He worked for a city law firm before what might seem a startling career change. Andrew said he didn't realise he had a calling while he attended non-Catholic school, although he always felt rather different and his fellow pupils had nicknamed him "The Priest". Interestingly, he felt his time working in the city literally "pushed" him towards the priesthood. He didn't recall being particularly holy as a child, although he was strongly influenced by his Catholic Irish grandmother (I do have a personal theory that every Catholic in England and Wales is mostly likely to have had an Irish grandmother somewhere). Considering his background, Andrew was edgy and diffident, and as excited as a child when he spoke about finding the right chasuble. 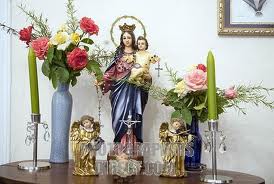 The simplicity of the film-making highlighted the rich and complex nature of Catholicism. Many non-Catholics appear almost fascinated by the ritual and tradition of the religion; the "smells and bells". Certainly the reverence and poignancy of ceremony in the Catholic church was displayed beautifully in this film. Alwyn remarked that a Catholic priest is the bridge between man and God: the seminarians came across as ordinary blokes who were at the same time somehow extraordinary. With (uncredited) mesmeric music trickling throughout, the film offered insight but ultmately maintained the mystique which is at the heart of Catholic faith. 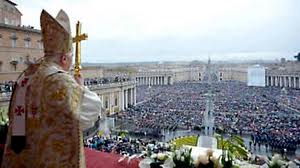