A funny thing happened on the road to Damascus 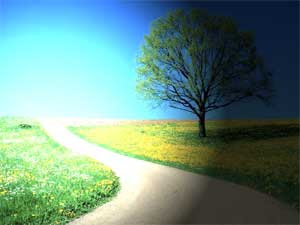 "Nobody can hurt me without my permission."
(Mahatma Gandhi)

( 9th February:I first posted this a couple of weeks ago and retired it a few days later. I've now edited it with a long pen: I've tried to be a bit more objective.The last thing I want is for this blog to be dismissed as bitter; not a feeling I care to hold onto, whether on paper, on the 'net, or in life).
25th January was Burns' Night; it was also the feast of St Paul's conversion to Christianity, while en route to Damascus to persecute Christians. Many of us will use the phrase "road to Damascus moment" to refer to the turnaround of something, however trivial in our version of events, at some point. Given the current volatility in and around the Syrian capital, most of us are blessed not be travelling on a road in or out of Damascus in any direction.

I had a little Damascus moment that night while I was sitting here in the middle of a local power cut, writing about my poet-crush Robbie Burns, glancing back through my last couple of posts. A few days earlier, I wrote that I wanted to grow to be a lively and loved old lady. Looking at Phoebe Hessel's story, surely that's a life well lived: to demonstrate conviction, courage and great love; to maintain your wits and your vitality beyond youth; to display independence and self-respect and earn the affection and respect of others. I have no idea what religious beliefs Phoebe may have held; it could be said that she spent the early part of her life cloaked in deception. Yet to my mind, she was essentially true to herself, even when the Fifth Foot Regiment spent nearly two decades assuming she was just one of the lads, who had a couple of off days each month!
When I recently attended mass in another parish, the priest happened to speak about the taking of a person's "good name" and how insidious and demoralising that can be. As a former prison chaplain, he'd seen how the system can break a spirit by replacing their given name with a serial number. It can dehumanise a person; bringing someone's name into disrepute can be similarly destructive.
I have no true idea if I have a particularly good name; I'm reluctantly aware there's already an element of arrogance in professing to be comfortable with myself and calling some things I've done achievements. I have a wilful naivete in some areas, but I'm wise enough to know that if I can see my own insecurities when I'm standing on them, then anyone stepping back to find fault wouldn't need binoculars.
I've recently had a profound reaction to an older lady"bad-mouthing" me: I've worried endlessly about what awful things might be said about me in my absence. I've beaten myself up about why this individual might dislike me; as if there's a universal obligation to like me. My reaction splutters as much about my own insecurities as this lady's animosity may say about her's.
It's human nature to worry when people say things about you that are untrue. Unfortunately it's also human nature to gossip. The word "gossip" has itself been much maligned, originally meaning "Godparent" or "familiar acquaintance". It hasn't always been seen as bad practice: in Shakespeare's time, a gossip was someone who sat through a woman's childbirth, talking to provide reassurance and comfort.. Gossip can often promote a sense of belonging , bonding by projecting another party as the outsider; gossip always bears an element of attention seeking. Whenever we humans get territorial, we're generally unsure of where we fit in.
As for me, I know it's not unusual to seek assurance when you feel wronged, but I realise that my whingeing to others about attacks on me hasn't exactly been polishing this woman's name-plate either. Psychologist Alfred Adler said that:"It is easier to fight for one's principles than to live up to them."  When we hold onto grudges, we want to see the depth of our own hurt reflected in the remorse of the offender. Both my parents felt you shouldn't let the sun set on an argument; my Dad told me that if you went to bed with someone else's venom in your veins, you could only wake up feeling as much poisonous as poisoned. Someone may try to diminish me due to their lack of self esteem, but my own insecurity that sends me clamouring for reassurance is hardly attractive or inspiring.
My own tiny Damascus moment was far nearer to home than the strife riddled Middle East. There was no blinding flash of light; in fact, there wasn't even electricity for some part of my little street that evening. Unlike St Paul, enlightenment didn't blind me for three days and normal power has been restored. Most of us do want to be remembered for a good life well lived, like Phoebe. We want to be liked. Sometimes, we might even resort to tarnishing another's nameplate to make our own appear that much brighter. People often attack others to defend a perceived vulnerability in themselves. When you're feeling low, it often seems easier to drag something or someone down than to raise your head above the parapet. Bitchiness, general unpleasantness, consumes a lot of energy and time; wouldn't you rather be laughing / loving / living?
It's no longer desperately important for me to know why anyone dislikes me, especially if I consider how little kindness they may have for themselves. My clever Dad also used to say that those who really know you will soon realise when someone else doesn't know you at all. We're all a little fearful of what a bright torch to the dark corners of our psyches might reveal: at the very least, mine are full of chocolate crumbs, heels that are too clackety to wear in church, drafts for this blog and little quirks and faux pas that have my name written all over them. I want my name to sit kindly on lips and ears; ultimately, that name can only be irreparably tarnished by my own actions, not by the words of another.
And bitterness really is best served as chocolate. 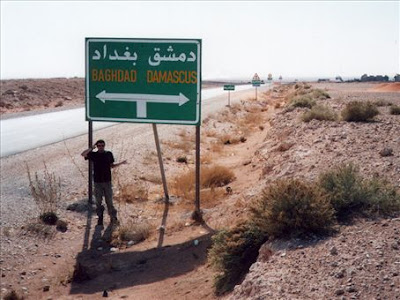 "To speak ill of others is a dishonest way of praising ourselves. Nothing is always a good thing to say and often a clever thing to say."
(Will Durant)

"Every man alone is sincere. At the entrance of a second person, hypocrisy begins."
(Ralph Waldo Emerson)

"Speak ill of no man, but speak all the good you know of everybody."
(Benjamin Franklin)

"For beautiful eyes, look for the good in others; for beautiful lips, speak only words of kindness; for poise, walk with the knowledge that you are never truly alone."
(Audrey Hepburn) 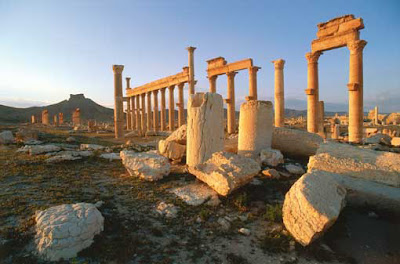 "I'm On My Way"  The Proclaimers