The female of the species

"When I am an old woman I shall wear purple
With a red hat which doesn't go, and doesn't suit me.
And I shall spend my pension on brandy and summer gloves
And satin sandals, and say we've no money for butter.
I shall sit down on the pavement when I'm tired
And gobble up samples in shops and press alarm bells
And run my stick along the public railings
And make up for the sobriety of my youth."
(From "Warning", Jenny Joseph) 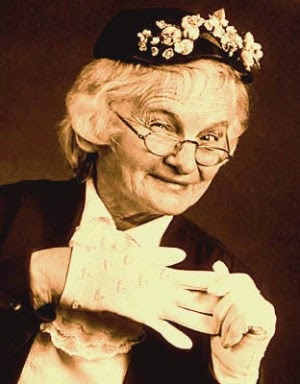 Many thanks to my dear friend Tom for sending the following funny, which I've had to adapt ever so slightly... Rudyard Kipling wrote beautifully about "The Female of the Species being deadlier than the male", but I want to grow into a lively and loved old lady: Jenny Joseph's poem could have been written specifically about the fabulous older girls in this corner of the world.


All women should live so long as to be this kind of lady!
Toward the end of Sunday mass, the priest asked: "How many of you have forgiven your enemies?"
Eighty percent of the congregation raised their hands.
The priest repeated his question. Everyone responded this time, except one small, elderly lady.
"Mrs Neely? Are you not willing to forgive your enemies?"
"I don't have any," she replied, smiling sweetly.
"Mrs Neely, that is very unusual! How old are you?"
"Ninety eight," she replied. The congregation stood up and applauded her.
"Ah, Mrs Neely, would you please come down front and tell us all how a person can live to be ninety eight years and not have an enemy in the world?"
The little sweetheart of a lady tottered down the aisle, faced the congregation, and said: 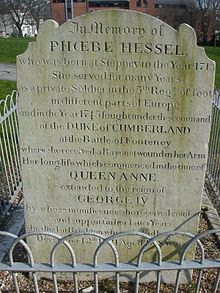 In the oldest burial ground attached to Brighton's oldest surviving church, the original parish church of St Nicholas, there is a listed tombstone dedicated to one Phoebe Hessel. Phoebe had become something of a Brighton celebrity by the time she died in 1821, at the age of 108. She was actually born in Stepney, in East London, where her life is commemorated with plaques and in at least two street names.
Sources have claimed that her father was a soldier who took the infant Phoebe with him on missions. Certainly Phoebe developed a fascination with the army at an early age: her sex prevented her from becoming a soldier herself. As she became a young woman, she disguised herself as a man, to enlist and serve alongside her soldier lover, Samuel Golding. As part of the British Army 5th Foot Regiment, she served in the West Indies and Gibraltar. Her sex remained undetected for an unbelievable seventeen years, until both she and her man were wounded at the Battle of Fontenoy in 1745. Phoebe was by now 32 years of age. Rumbled, the couple were discharged and able to marry.
Samuel and Phoebe settled in Plymouth and had nine children; eight died in infancy. The surviving son would later die at sea. After two decades of marriage, Samuel died. Phoebe refused to submit to the life of an ageing widow. She moved to Brighton and married local fisherman Thomas Hessel. She was 80 when Thomas also passed away. Phoebe was granted three guineas from the parish funds and bought herself a donkey and cart, as you do when you become an octogenarian. To support herself, she took to selling fish and seafood around Brighton. Eventually, she would become well known and loved as a vendor of gingerbread, apples and citrus fruits on a street corner close to the Pavilion. She was forced into the workhouse but again refused to submit to age or circumstance; she discharged herself when she was 93.
The Prince Regent himself was so impressed by her character and longevity that he sustained her remaining years by granting her a pension of half a guinea a week. She would attend his coronation parade in Brighton six months before she finally died of natural causes. Her Grade II listed tombstone has been maintained by the Northumberland Fusiliers, the modern successors to the army regiment that would not officially have enlisted her. In true Brightonian style, a city bus has been named after Phoebe Hessel; possibly, this quirky city's oldest known cross-dresser. 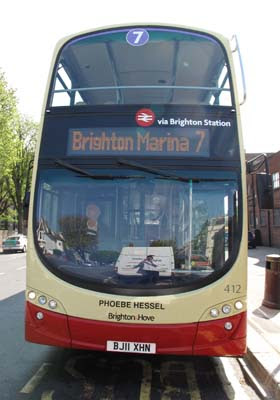 Not quite Phoebe's donkey cart.


"A beautiful woman may be an accident of nature, but a beautiful old woman is a work of art."
(Louis Nizer)

"Every age can be enchanting provided you can live within it."
(Brigitte Bardot)