Australia, for everyday and always 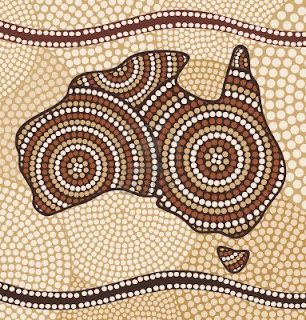 "We are all visitors to this time, this place. We are just passing through. Our purpose here is to observe, to learn, to grow, to love; and then we return home."
(Proverb of the Indigenous people of Northern Territory, Australia)


I was in two minds (happens a lot) about writing a post for Australia Day, but I eventually succumbed to my longstanding love for The Lucky Country and a couple of cyber-nudges from two greatly missed Aussie friends. "Australia Day", 26th January, is a national holiday in Australia and the focus for sentimental and enthusiastic celebration for Australians abroad.
Previously known as "Foundation Day", the holiday marks the landing of the First Fleet: the eleven ships of the British Admiralty, sent to establish a penal colony at the place that would become Botany Bay, New South Wales. Captain James Cook had explored and "claimed" the land some seventeen years earlier, and the Dutch had clocked it a hundred years before him. But it was Captain Arthur Phillip who, after some forays into the surrounding areas, "took possession" of the land around a geographically welcoming cove in the name of King George III on 26th January, 1787. Phillip named their colony after the then Home Secretary, Thomas Townsend - Viscount Sydney.
The name "Terra Australis Incognita", Latin for "Unknown Southern Land", dates back to the Roman empire, and legends of the mysterious continent evolved with medieval geography. Yet human habitation of the land began about 50,000 years ago. The ancestors of today's indigenous Australians were among the most ancient peoples of the earth, and the vast land was home to at least two hundred and fifty tribes, with their own languages. When the Europeans invaded, which is what we did, the Aborigines were hunter-gatherer peoples, with complex, oral-based cultures and a tradition of story-telling and celebration. Spiritual values were strong and binding to the land itself; there was a reverence for nature. "The Dreamtime" encompasses not only the story of the creator spirit and creation itself but also births the animist beliefs that have survived tens of thousands of years.

The stories of The Dreamtime shaped Aborigine laws and customs, incorporating art and dancing. The emphasis was on belonging to and showing respect for the land that nurtured them; Australian soil is known to be the oldest on the planet, and the driest. Yet it remains a painful fact that the Federal Government of Australia would not recognise Aboriginal title, the traditional ownership of any land, until 1992.
National research in 2009 confirmed that ninety percent of all Australians polled felt it was  important to recognise and include the indigenous culture as part of the Australia Day festivities; however, the commemorative date of the celebration is still divisive. Although many indigenous Australians celebrate Australia Day, "Invasion Day" protests occur almost every year. Moves to change the holiday to another date may well cause further rifts in the population, at a time when the emphasis is on recognition and reconciliation.
I love Australia: I've been fortunate enough to visit the Lucky Country five times in the past twenty years, although not since 2008. From day one, I felt almost seduced by the country; I long to go back and familiar sights on various antipodean based relocation series find me sniffling in front of the telly. It helps that I'm uncommonly fond of large spiders, snakes and reptiles, but the colour and vibrancy of the country seem to draw energies out of my usually quite shy personality. In Australia, I'm able to indulge my penchant for trees, rocks and soil without feeling at all unfeminine. I get to climb up things, simply because they're there. I can wear as many colours as I want, how I want, with bangles up to my armpits. Every second person you meet really does have an Irish grandmother. In fact, the blend of immigrant cultures has borne it's own aspirational kinship. Some of the good friends I've known from Australia have been from very mixed race backgrounds and others have extended families that include indigenous Australians. The Celtic heritage is instantly reassuring, but I've always been fascinated that it sits so deep and easy with the art and stories of The Dreamtime, which are simultaneously unsophisticated and intricate.

The relevance of the landscape and it's supported nature is unashamed, even when Australia boasts the twelfth largest economy in the world. The presence of nature and evolution itself is palpable, even in the cities. In a country that now paints itself as not particularly religious, the bedrock itself seems invested with spirit and wants to sing about it. The last time I visited, I made it to the red, dusty centre: Alice Springs and Uluru were National Geographic-pretty but the ancient power of the landscape was breath-taking. The photos at the bottom of this post are mine; I was able to wait before dawn to see the rocks of Uluru change colour as the sun rose. I found it profoundly spiritual to witness new daybreak, almost at the dateline, in such prehistoric terrain.
So I have mixed feelings about celebrating Australia Day, but I have no qualms abut celebrating Australia, as a country and as a people. I've written this post with an affection and empathy that I hope is obvious: there's no intention to offend anyone who calls Australia home.
I've included two blessings here that have evolved from the optimistic indigenous Christian movement in Australia. The country has no state religion, but the Catholic Church has benefited from post-war multi-cultural immigration and now has the largest affiliation. The Catholic education system is still the largest non-government educator; similarly, Catholic Health Australia is the largest non-government healthcare provider. However, as social journalist Caroline Jones noted: "Aboriginal people are a steady beating heart at the centre of Australian spiritual identity."
I'm mindful of the almost biblical battering the elements have unleashed on Australia recently: some of my friends have been sweltering and living in fear of wildfires; others were dealing with torrential downpours and the threat of tornadoes on this 26th January. My thoughts are with them. God bless Australia, everyday. 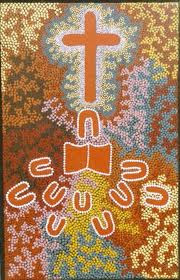 "A Prayer for Reconciliation"
Father of all,
You gave us the Dreaming:
You have spoken to us through our beliefs.
You then made Your love clear to us in the gift of Your Son.
We thank You for Your care:
You own us,
You are our hope.
Make us strong as we face the problems of change.
We ask You to help all the peoples of Australia to listen to each other and respect our cultures.
Make the knowledge of You grow strong in all people,
So that You can be at home in us and we can make a home for everyone in our land.

"A Blessing"
To all who walk this land,
May you always stand as tall as a tree,
Be as gentle as the morning mist,
As strong as the earth under your feet.
May the warmth of the campfire be in you;
And may the Creator Spirit of the Southern people always watch over you. 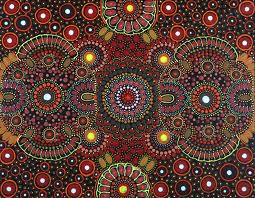 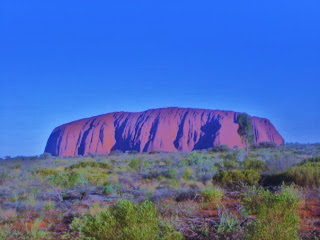 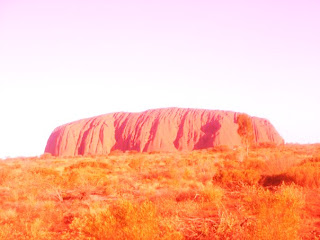 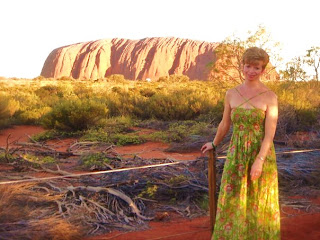 "This is the land of dreamings, a land of wide horizons and secret places. The first people, our ancestors, created this country in the culture that binds us to it."
(Hetti Perkins)

"Keep your eyes on the sun and you'll not see the shadows."
(Indigenous Australian proverb)

"The Holy Grail"  Hunters and Collectors