"As the family goes, so goes the nation and so goes the whole world in which we live."
(Pope John Paul II) 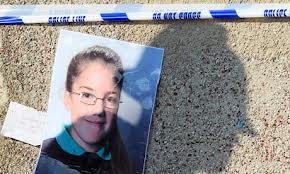 "Know you what it is to be a child? It is to be something very different from the man of today. It is to have a spirit yet streaming from the waters of baptism; it is to believe in love, to believe in loveliness, to believe in belief"
(Francis Thompson)
I wanted write something respectfully dedicated to the memory of Tia Sharp and all the children who have suffered physically, mentally or emotionally at the hands of those they should have been most able to trust. A couple of people have warned me off doing this, particularly as those charged with or bailed on suspicion of Tia's murder must be afforded the due process of the legal system. But one thing is irrefutably clear at this stage: the death of twelve year old Tia was concealed by members of her own family. When I read that Tia's mother had been told her own mother was implicated in Tia's murder, I wanted to weep for her.
I was very fortunate: I had both my parents until I was sixteen and my mother lived through to her late eighties. My Dad was very much a father-figure and I was still my Mum's "baby" even when she herself needed cajoling to eat and support to get to the bathroom. Whatever the political, social or even geographical distances between my only sister and myself, we are bound together as "family" due to my parents' devotion to each other and to us.
Sociologists will tell you that, in human terms, a family is basically a group of people linked by consanguinity, affinity or even co-residence. In many societies, it's the principle institution for the socialisation of children. Cloning aside, we are unable to choose our families as we do our friends: close ties formed voluntarily and independently can often prove stronger than blood. However, when affinities are cultivated within domestic familiarity but without Nature's biological safeguarding, the picture can sometimes become very distorted. Today, there is an apparent disintegration of the traditionally structured family: due to the devaluation of marriage and longterm, formal partnerships, the kind of procreational vagrancy that seems to permeate some sectors of society, and the horribly premature sexualisation of children. Tia's grandmother was pregnant with Tia's mother when she was only two years older than the tragic schoolgirl at the time of her death. When I was 14, I was dreaming about ballet and still plaiting my hair everyday.
Recent research in the United States has estimated that from the year 2000, there would be more "step-families" across America than traditional nuclear ones; one in every three Americans would have step siblings or parents. I have no wish to offend anyone whose family is comprised of "step" or "half" relatives; I have several friends in such situations where the well being of all the children is paramount and where love and respect are natural perimeters. Yet it's alien for me to grasp how Tia's mother could accept her own ex-partner, the now-accused Stuart Hazell, as her current step-dad; or indeed for Tia to suddenly view her mother's former partner as her new step-grandfather. One of my friends recently explained to her son that they were going to meet his "new Daddy", to which he smartly replied: "How did he get to be my Daddy without me knowing anything about it?"
I recently asked a Catholic priest if I should invite some people who were in need stay in my home, knowing that they would be unlikely to respect my privacy and property or the sacredness of my late parents' things. I admit that I was devastated when he suggested this was the ideal, God-given opportunity to throw open my front door as well as my heart. I was relieved when another priest, who I consider to be a friend, advised that it wasn't uncharitable to protect my home if I felt at all unsafe. God doesn't want us to be capricious about who we invite into our homes or our hearts. He bids us to respect and cherish the precious gifts He's given us, to keep them safe; nothing can be more precious than the innocence of a child.
"Innocence is lucky if it finds the same protection as guilt."
(Francois  de La Rochefoucauld) 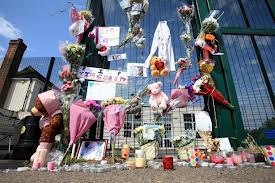