The Transfiguration - on the mountain where all moments meet 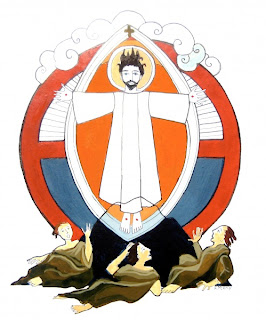 Today is the Christian feast of the Transfiguration of Christ: the Transfiguration was a pivotal event where flesh and blood and human nature were seen to combine with God, with Jesus Himself bridging heaven and earth. The Transfiguration is also one of the major milestones in the Gospel narrative of Jesus' life, included with His Baptism, Crucifixion, Resurrection and Ascension. The transfiguration of Jesus, traditionally on Mount Tabor in Israel, into a being of blazing light and translucence has been seen as a confirmation of Jesus as the Messiah and also of the truth of a living God. It may also be viewed, now as then,  in anticipation of resurrection. Malcolm Guite has written a simple but emphatic poem about "the sudden blaze of long extinguished hope". 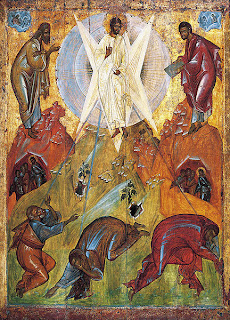 "Transfiguration"
(Malcolm Guite)
For that one moment, ‘in and out of time’,
On that one mountain where all moments meet,
The daily veil that covers the sublime
In darkling glass fell dazzled at his feet.
There were no angels full of eyes and wings
Just living glory full of truth and grace.
The Love that dances at the heart of things
Shone out upon us from a human face
And to that light the light in us leaped up,
We felt it quicken somewhere deep within,
A sudden blaze of long-extinguished hope
Trembled and tingled through the tender skin.
Nor can this blackened sky, this darkened scar
Eclipse that glimpse of how things really are. 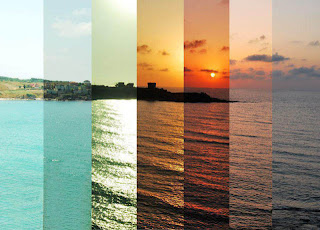 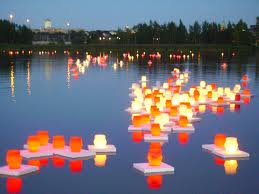 "Of the thousands of others, nearer the centre of the explosion, there was no trace. They vanished. The theory in Hiroshima is that the atomic heat was so great that they burned instantly to ashes - except that there were no ashes."
(Wilfred Burchett, Australian journalist; the first to enter Hiroshima after the bomb, on 2nd September 1945)
Today we also commemorate Hiroshima Day, when flesh and blood and human nature decided to assume the role of an aggressive  and violent god. President Truman ordered atomic bombs to be dropped on the Japanese cities of Hiroshima and Nagasaki on 6th and 9th August 1945 respectively. He later publicly regretted the loss of civilian life, still maintaining that Hiroshima was a key Japanese military target - it wasn't. He went on to state that: "When you have to deal with a beast you have to treat him as a beast."  Unfortunately, the collective "beast" in August 1945 proved to be hundreds of thousands of civilian men, women and children. To all those who defend the use of atomic weapons as a deterrent, I would stress that the real beast of war has raged savagely and undeterred across the continents over the past sixty years or so. The "deterrent" is now cultivated or stockpiled by many potentially volatile forces.
I have no wish to offend anyone reading this, particularly my lovely American friends, but there is now released documented opinion which throws more doubt on the prudence of Truman's decision. The Japanese may have been trying to negotiate a surrender at least a month before the atomic bombings. A feature of any surrender would have had to ensure the safety and retained status of the Japanese emperor, to salvage some "honour" from the situation. This was not agreed and the order to bomb was given. It is a hugely bloody irony and bitter futility that the Emperor's status was indeed preserved as the fatal dust clouds cleared over his shocked nation.
The Reverend Jennifer Phillips wrote a short but powerful Collect for Hiroshima Day and the Transfiguration a couple of years ago; I find her depiction of an "Incendiary God" particularly poignant: He gives us the potential to blaze and we scorch and vaporise in an abuse of glory.
"Collect for the Transfiguration and for Hiroshima Day"
(Rev. Jennifer Phillips)
Incendiary God:
In the scalding light of Hiroshima and Nagasaki
we have seen our power to destroy;
now show us ourselves in the fullness
of your radiant image and will,
in the shining face of your child, Jesus,
transfigured on the holy mountain,
through whom we pray. 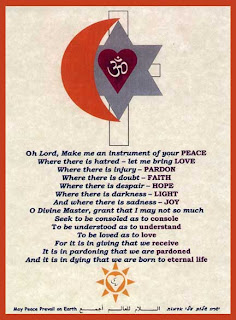