"Be gentle with yourself" 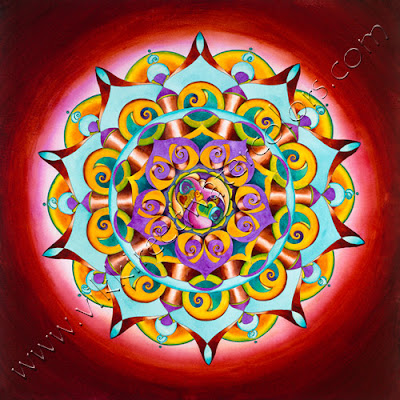 "Be at peace with God, whatever you conceive Him to be - keep peace with your soul."
What did you write in your Christmas cards this year? What you write every year? Something about "all good wishes and we really must meet up in 2013"? In the midst of what we ironically call the "festive rush", precious sentiments and heartfelt wishes are rattled off like the proverbial Christmas shopping list.
In 1965, a prose poem called "The Desiderata", Latin for "Desired Things", became widely known as a devotional text, after being found by the death-bed of Adlai Stevenson II. Stevenson was a United States presidential candidate and a United Nations ambassador. He had planned to reproduce The Desiderata in his Christmas cards that year. He may have heard the text previously, when it was included in a compilation of devotionals in 1959 by the Reverend Kates, rector of St Paul's Church, Baltimore.
Written by American author and attorney Max Ehrmann in 1927, the text was largely unknown in his lifetime; he died in 1945. He would later be celebrated for his work; aside from The Desiderata, he often wrote on spiritual themes. The poem has been widely reproduced in poster form over the years, also featuring on many spoken-word recordings: people have often wrongly assumed that the text must be so old as to be beyond any copyright. In 1967, Leonard Nimoy, "Mr Spock" himself, recited the poem on his "Star Trek" themed album; he titled the track "Spock's Thoughts".
If I could send a Christmas card to anyone who has read this little blog since February, these are the words I would reproduce: these are the finest sentiments I could wish for you, whatever the season. Perhaps most poignantly at this time of year, amidst the hustle of shopping and decorating, gifting and anticipating, the awesome preening and the whole exhausting business of having fun, we need to remember "what peace there may be in silence".Every line of this poem resonates with me, I find it achingly beautiful: I hope you will receive it with the kind intent with which it is wished for each one of you.
Max Ehrmann is buried in his hometown of Terre Haute, Indiana. In 2010, he was honoured there with a life-sized statue bronze, which features him sat on a bench down-town, with his trusty pen and notebook. The Desiderata is engraved on a plaque next to the sculpture. What a gift, at any time of year, to have given voice (and subsequently thousands of voices) to the tender wisdom that the soul is capable of and was intended for.

*Passer-by, stranger or friend: I pray that you've had a kind Christmas and that you look forward to a brave New Year* "The Desiderata"
(Max Ehrmann)
Go placidly amidst the noise and haste, and remember what peace there may be in silence.
As far as possible without surrender be on good terms with all persons.
Speak your truth quietly and clearly; and listen to others, too have their story.

Avoid loud and aggressive persons, they are vexatious to the spirit.
If you compare yourself with others, you may become vain or bitter; for always there will be greater and lesser persons than yourself.

Enjoy your achievements as well as your plans.
Keep interested in your own career, however humble; it is a real possession in the changing fortunes of time.

Exercise caution in your business affairs; for the world is full of trickery.
But let this not blind you to what virtue there is; many persons strive for high ideals; and everywhere life is full of heroism.

Be yourself.
Especially, do not feign affection.
Neither be cynical about love; for in the face of all aridity and disenchantment it is as perennial as the grass.

Take kindly the counsel of the years, gracefully surrendering the things of youth.
Nurture strength of spirit to shield you in sudden misfortune.
But do not distress yourself with dark imaginings.
Many fears are born of fatigue and loneliness.

Beyond a wholesome discipline, be gentle with yourself.
You are a child of the universe, no less than the trees and the stars; you have a right to be here.

And whether or not it is clear to you, no doubt the universe is unfolding as it should.
Therefore be at peace with God, whatever you conceive Him to be, and whatever your labours and aspirations, in the noisy confusion of life, keep peace with your soul.

With all its shams, drudgery, and broken dreams, it is still a beautiful world.
Be cheerful.
Strive to be happy.

"Whether or not it is clear to you, no doubt the universe is unfolding as it should."