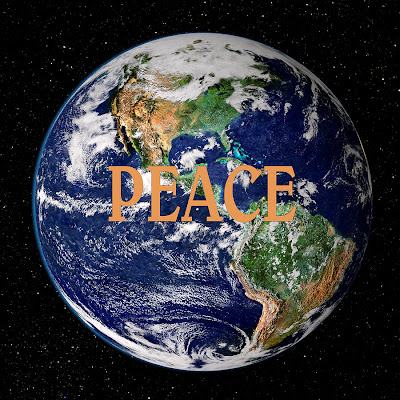 Many people will be familiar with the account of the Christmas Armistice which took place in Flanders during World War I. Thank you to the lovely Catriona McGlynn for reminding me of it's poignancy and relevance today - it's reproduced here. Thank you also to lovely Sister Genny. from the Order of the Sisters of the Good Shepherd, for sending me Robert Louis Stevenson's beautiful seasonal poem, also included below. Two beautiful ladies, who I'm so pleased to have come to know over the past year; both have have previously featured in this blog, both filled with grace and spirit in very individual ways: blessed be.

“Peace is not merely a distant goal that we seek,
but a means by which we arrive at that goal.”
(Martin Luther King)

“Peace is that brief glorious moment in history when everybody stands around reloading.” (Stanley Wentraub).
During World War I, in the winter of 1914 on the battlefields of Flanders, one of the most unusual events in the history of human conflict and possibly in the history of humanity itself took place. The Germans had been in a fierce battle with the British and French. Both sides were dug in, seemingly safe in muddy, man-made trenches six to eight feet deep that seemed to stretch forever.
All of a sudden, German troops began to put small Christmas trees, lit with candles, outside their trenches. Then, they began to sing songs. Across the way, in the "No Man's Land" between them, came songs from the British and French troops. Many of the Germans, who had worked in England before the war, were able to speak good enough English to propose a "Christmas" truce.
The British and French troops, all along the trench miles, accepted. In a few places, allied troops fired at the Germans as they climbed out of their trenches. But the Germans were persistent and Christmas would be celebrated, even under the threat of death.
According to Stanley Weintraub, who wrote about this event in his book "Silent Night", signboards arose up and down the trenches in a variety of shapes. "They were usually in English," he writes, "or in fractured English from the German side. "YOU NO FIGHT, WE NO FIGHT" appeared to be the universal message. Some British units improvised "MERRY CHRISTMAS" banners and waited for a response."
More festive and pacifist placards popped up on both sides. The resultant spontaneous truce held. Soldiers left their trenches, meeting in the middle to shake hands. The first order of business was to bury the dead who had been previously unreachable because of the conflict. Then, they exchanged gifts: chocolate cake, cognac, postcards, newspapers, tobacco. In a few places along the trenches, soldiers exchanged rifles for soccer balls and began to play games.
It didn't last forever. Inevitably, some of the generals didn't like it at all and commanded their troops to resume shooting at each other. After all, they were supposed to be at war. The soldiers eventually did resume firing at each other. But only after, in a number of cases, a few days of wasting many rounds of ammunition shooting at stars in the sky, instead of soldiers in the opposing army across the field.
For a few precious moments there was peace on earth and goodwill towards men. All because the focus was on Christmas. There's something about Christmas that can change people. It happened over 2000 years ago in a little town called Bethlehem. It's been happening over and over again down through the ages and across the world.
This week, spirit willing, it might well happen again.


"Those who are at war with each other are not at peace with themselves."
(William Hazlitt) 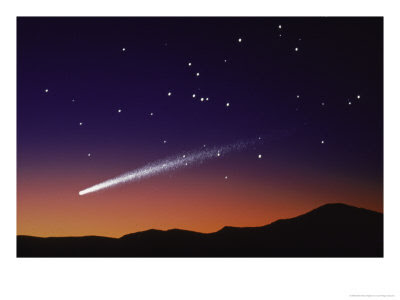 "Christmas Prayer"
(Robert Louis Stevenson)
Loving God,
Help us remember the birth of Jesus,
that we may share in the song of the angels,
the gladness of the shepherds,
and the worship of the wise men.
Close the door of hate
and open the door of love all over the world.
Let kindness come with every gift and good desires with every greeting.
Deliver us from evil by the blessing which Christ brings,
and teach us to be merry with clear hearts.
May the Christmas morning make us happy to be Your children,
and Christmas evening bring us to our beds with grateful thoughts,
forgiving and forgiven, for Jesus' sake.
Amen

"Peace on earth and mercy mild
God and sinners reconciled.
Joyful, all ye nations rise,
Join the triumph of the skies!
With the angelic host proclaim:
'Christ is born in Bethlehem'"
(John Wesley) 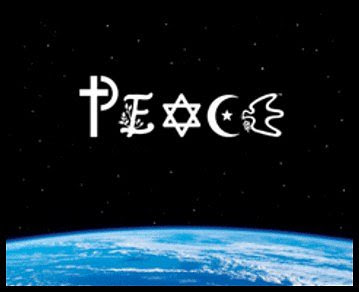 "When the power of love overcomes the love of power, the world will have peace."
(Jimi Hendrix)