The Power of Love

To drooping Age, who crossed his way,
"It is a sunny hour of play,
For which repentance dear doth pay,
Repentance! Repentance!
And this is Love, as wise men say."
(St Thomas More) 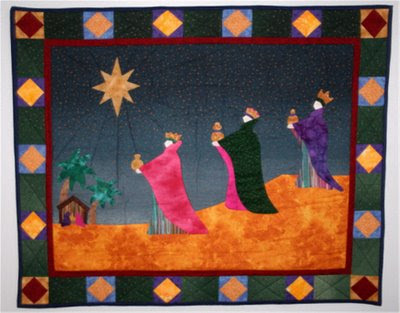 The American critic George Jean Nathan said that: "Beauty makes idiots sad and wise men merry"; there is of course a fine line between appreciation and criticism. I went for an early morning walk today and decide to get a cup of tea along the bleary-eyed seafront. The very disgruntled and shuffly woman serving was largely on her mobile 'phone, berating her partner to one girlfriend after another. His crime? He'd bought her beauty treatments for Christmas. "Is he having a laugh or what?? I'll give him ******* luxury spas mate!" She was clearly insulted. As one of the many who buys her own Nivea from the supermarket (and, I have to say, makes far better tea), I wanted to tell her that a smile and a look of appreciation or even interest would serve her far better than any day at the spa.
The day after Boxing Day, I came back to Brighton to work and was hurrying along very absent mindedly when I passed a woman pushing her empty buggy. Her very little boy was stomping along beside her. He was wearing a Santa hat and trying to keep it off his eyes. I turned back to smile at him and he promptly told me it had been his birthday on Christmas Day, the same day as Jesus' birthday.
"Oh?"
"But he's a lot older than me. I'm four."
"Mmm, how old do you think He is?"
"Don't know. Older than Dad..."
His mum started giggling as he burbled away.
"And my Dad's very old. But Mum is older..."
I looked at her properly and she might have been all of thirty-five on a bad day.
"Mum's so old that Dad has to buy her special cream for her face..."
His Mum gave me the most beautiful smile and whispered:"Only Avon stuff. But he likes me to have it. Not sure it's working!"
I wanted to tell her that whatever it was, it was clearly "working" for all of them.

I admit that I cry at Christmas commercials; only the really good ones, mind. Over the past couple of years, John Lewis seems to have hacked into my hormonal hard drive. This year's commercial, with the snowman determined to provide his snow-woman with gloves, scarf and a hat, has made me wipe my eyes with mince-pie fingers several times. Of course, the lovely matching woollens could only be for decoration - she's a snow-woman for pity's sake - and might well add to an eventual demise by meltdown. But the production and the sentiment are beautiful. Much as I love Gabrielle Aplin's version of "The Power of Love", I wanted to include the original, glorious song by Frankie Goes To Hollywood, cheesy and kitsch nativity video and all.
The song still sounds magical to me, combining all the secular and spiritual energies of love. Singer and composer Holly Johnson, himself no stranger to controversy, would later say that: "I always felt like "The Power of Love" was the record that would save me in this life," Written at the height of the 1980s' AIDS crisis in the UK, the song became something of a bonding anthem for anyone affected or moved by the epidemic, later lending it's name to a U.S. based charity, working to bring an end to HIV / AIDS in Africa. Of course, the charity is still very much in evidence today; the virus in Africa is still rampant and merciless, as written elsewhere in this blog.
Love really is the greatest gift of all, whether it's in a jar of face-cream, a life saving serum, or just a smile. 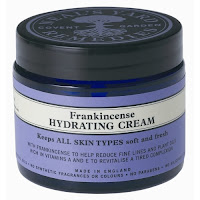 That John Lewis commercial...
....and the wonderful, original "Power of Love", by Frankie Goes To Hollywood.

"I'll protect you from the hooded claw,
Keep the vampires from your door;
I'm so in love with you,
Purge the soul,
Make love your goal.
Dreams are like angels,
They keep bad at bay:
Love is the light
Scaring darkness away"
(Holly Johnson)

"Everything has it's beauty, but not everyone sees it.
They must often change who would be constant in happiness or wisdom."
(Confucius)