Ramon and the dragonflies

"One of the most beautiful gifts in the world is the gift of encouragement. When someone encourages you, that person helps you over a threshold you might otherwise never have crossed on your own."
(John O'Donohue) 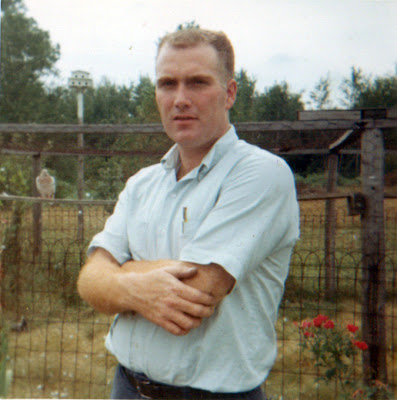 Ramon E. Kinkade became my friend online after reading my blog, within the very first weeks of me putting fingertip to keyboard. A seasoned blogger himself, he loved the written word, music, dance, photography and other artistry. I realised pretty quickly that being online had opened up a new world for him following chronic illness. I also learned that he was lively-minded and passionate about many things, especially his family and his Scottish heritage: he told me he was arranging a trip to from his native Indiana to Scotland next year for a reunion of the Kinkade Clan.
He frequently mentioned his sons, his "boys", and Sharon, his beloved wife of forty nine years; he was obviously a born romantic and a proud dad and grandfather. Among his many achievements, he had that particular talent for friendship, a generosity of spirit. He read the post I wrote about my parents' love story and said he was touched; he prayed that I would be found by a decent man who believed in God and who would also believe in me and help me to believe in myself...
He said he felt I had unseen and unspoken links with the States and hoped I would visit one day. He encouraged me to carry on writing and pondered why I wasn't working on a newspaper or magazine - I wish, Ramon! When I admitted to him that I was feeling despondent that the blog wasn't known by more people, he assured me that he and Sharon really enjoyed reading my little paeans or tirades, depending on mood. He told me that if only one person thought I had written the best book in the world, then I had definitely written one of the best books in the world.
I was shocked when he eventually mentioned his longstanding health problems: Ramon was not only a glass-half-full kinda guy; his glass was one of nectar. Online, his signature "totem" was a dragonfly; I asked him why only recently. He told me that he had been out rowing with his mother when he was a small lad and had seen a dragonfly for the first time. He watched, fascinated, as the dragonfly lava, the "nymph" split it's skin to emerge as an exotic but friendly looking creature, glimmering in the sunlight.
Most of a dragonfly's life is spent in the nymph form, beneath water, with the larval stage lasting as long as four or five years for larger creatures. The lava begins to breath when exposed to air. The skin splits, the adult dragonfly crawls out, pumps up it's two pairs of wings and flies off. The dragonfly's adult life may be comparatively short, five or six months, but it is certainly brilliant. The dragonfly in flight can propel itself in six directions; upward, downward, forward, back, and side to side. Ramon himself had been an aircraft repairman and was a private pilot; one of his boys is now an airline pilot. Ramon told me that although they were not usually good walkers, dragonflies are among the fastest creatures on earth, with larger insects reaching flight speeds of up to 60 miles per hour. Often incredibly beautiful and intricately marked, they've long been a symbol of life beyond death in many cultures.
A huge lover of nature, Ramon enjoyed raising pigeons and other birds; one son is now a professional breeder. I've also discovered that he skated professionally and had been a professionally instructor; all three of his boys won state competitions in artistic dance. He certainly encouraged his sons in artistic pursuits as well as the athletics which he himself excelled in. And he encouraged me that every situation could be reinterpreted, that beauty and joy were everywhere, that strangers really could be friends you just hadn't met yet.
I will never meet Ramon in person now. His family contacted all his online friends last week to say that Ramon had passed away on 9th December, from complications arising from CPOD (Chronic Pulmonary Obstructive Disease). Lucid and caring to his last breath, Ramon asked his family to contact his online community and told them what they should say: "His interests in life survive".
This blog will be a year old on 15th February 2013: my blogger friendship with Ramon was brief but I was moved that anything I wrote coold touch a man with such a vibrantly resounding and colour-filled life. I was going to close the blog after a year due to disillusionment but I feel I might just keep it open now. I feel a lot of things now might just happen; they might not all be disastrous or distressing. Among other people, Ramon has convinced me that I should write if and what I want to; if someone, anyone likes it or finds it moving or interesting, then that's the icing on my own homemade cake.
Ramon sent his friends music links, across all the genres and decades. I discovered that we both loved the Israel Kamakawiwo'le merged version of two classically uplifting songs; and it is indeed a wonderful world full of wonderful people and creatures.

*Rest well Ramon and may your flight be sure and safe* 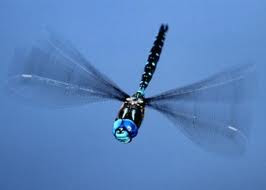 "The Dragonfly"
(Louise Bogan)
You are made of almost nothing,
But of enough
To be great eyes
And diaphanous double vans;
To be ceaseless movement,
Unending hunger,
Grappling love.
Link between water and air,
Earth repels you.
Light touches you only to shift into iridescence
Upon your body and wings.
Twice-born, predator,
You split into the heat.
Swift beyond calculation or capture
You dart into the shadow
Which consumes you.
You rocket into the day,
But at last, when the wind flattens the grasses,
For you, the design and purpose stop.
And you fall
With the other husks of summer. 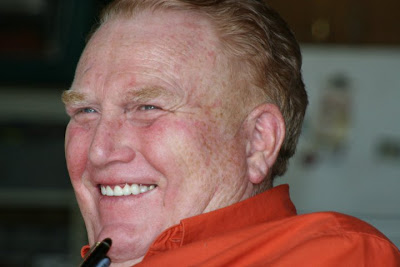 "Somewhere Over The Rainbow / What a Wonderful World"  Israel Kamakawiwo'le
"Inspiration is always a surprising visitor."
(John O'Donohue)