With a beneficient eye

I'm indebted to the lovely Anne, who has enabled me to slip a post in before Christmas which includes a gorgeous Native American blessing, my favourite version of one of the most beautiful tunes ever and an excuse to mention Jimmy Stewart. Yes, that Jimmy Stewart.
Anne is apparently a little bit Cherokee and a little bit Iroquois as well as being a lot of Oirish. She's a ginger too; I like to think that her particular genetic blend means she likes the wearing of the feathers when she's in a good mood but will surely spit some when she's rattled. She enjoyed the post on here about the feast of Thanksgiving and has sent me a beautiful Iroquois prayer and the "Sacred Instructions", holy commandments really, which the Native American people believe were handed down from the Great Spirit at the time of the Creation. I'm very drawn to the Native American heritage and beliefs which have a richness as well as a simplicity; I've added a couple of my own favourite sayings here, I hope Anne won't mind.

Her mother's ancestors lived in West Virginia, home of the Blue Ridge Mountains, the Shenandoah River and it's valley, Appalachian bluegrass music. Yet another place I've long romanticised in my head and feel in my heart that I will still find a way to. The name "Shenandoah" is of unspecified Native American origin. It may have evolved from the Iroquois word for "Big Meadow", but probably the most popular belief is that it derives from a Native American expression for "Beautiful Daughters of the Stars", referring to the flow and tides of the Shenandoah River itself.
The song "Oh Shenandoah" became popular with slaves and also with sailors as a sea shanty in the mid 1800s. Some folk believe the lyrics tell the story of a European trader in love with the daughter of an Indian Chief; others, of a Confederate soldier dreaming of his country home: Virginia was a key region during the American Civil War. I favour the theory that the singer is expressing his love for the moods of the great river itself: "Oh Shenandoah, I love your daughters". There are so many lovely versions of the song, but Van Morrison's with the Chieftains is especially epic and really tugs at my heartstrings.
The song features throughout my favourite Western, also called "Shenandoah", starring Jimmy Stewart as the widowed patriarch of a large Virginian family. Inspite of my mistrust and dislike of guns, I have a soft spot for some of the valiant, big-country, old cowboy films; and my old cowboy of choice would be Jimmy Stewart. The film is wonderfully evocative, essentially anti-war, pro-family and pro-faith. Native American faith finds Spirit in all things, all creatures and the elements. The Great Spirit, God, is viewed as the eternal animating force of the universe; therefore, there is divinity within everyone and everything in the universe. Thanks and praise have traditionally been offered to the crops harvested and the wildlife hunted for food and the unseen spirit world is ever-present.
Thank you for the prayer Anne; have a blessed and peaceful Christmas. 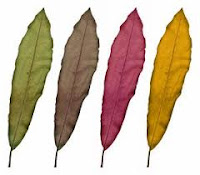 Sacred Instructions
Take care of Mother Earth and of all the other colours of man.
Respect Mother Earth through all creation.
Honour and support all life.
Be grateful for your life, and your survival.
Love long and well, and express that love.
Be humble. Humility is the gift of wisdom and understanding.
Be kind with one's self as with others.
Be honest with one's self and with others.
Be responsible for these sacred instructions and share them with other nations.

"Certain things catch your eye,
But pursue only those
that capture your heart"
(Cherokee proverb)

"If you must beg, knock only at large gates"
(Native American)

"Lose your temper and lose a friend, lie and you lose yourself"
(Apache proverb)

"The dead live on, in the hearts of those they live behind"
(Apache saying)

"May your mocassins make happy tracks in many snows,
and may the rainbow always be at your shoulder"
(Cherokee blessing)